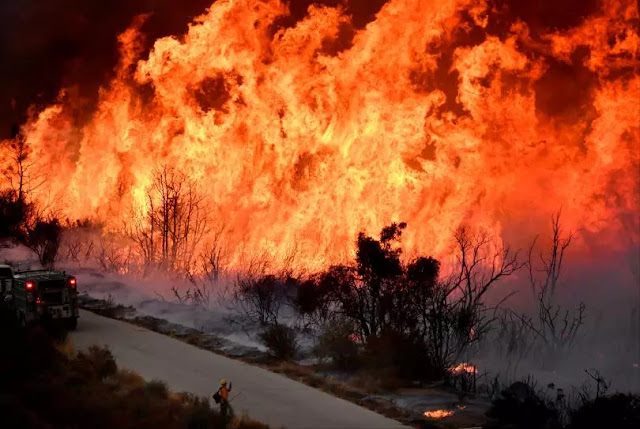 Photo ibtimes.com
It's been blazing now for 19 days and yesterday the Thomas wildfire officially became the largest on record in California.
The Thomas fire has gobbled up 273,400 acres (110,641 hectares) which surpasses the previous record of the 2003 Cedar fire in San Diego County that scorched 273,246 acres and killed 15 people, according to Reuters.
According to Cal Fire, the biggest fire in the state's history is now 65% contained.
The fire area has not received any rainfall over .10 inches since February when a series of massive rain and snow storms relieved the area from a devastating 5-year drought.
A persistent offshore wind will bring low relative humidity and above average temperatures to the fire area for several days.
Fire behaviour will increase over the next few days with the lowering relative humidity.

With winds gusting to 50 miles per hour in the south The Thomas fire isn't over anytime soon.