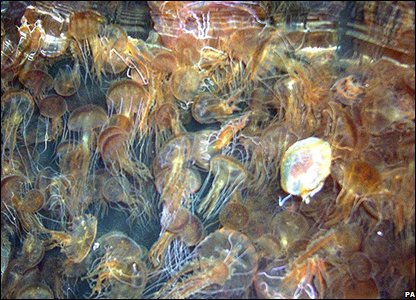 Photo BBC
Killer jellyfish have wiped out tens of thousands of salmon after invading fish farms along the west coast of Ireland.
Some 80 percent of the salmon stock at Killary Harbour in Co Mayo died after being stung last month.
Tens of thousands of fish were also killed at Kilkieran Bay and Outer Bertraghboy Bay in Connemara, Co Galway, and at Bantry Bay in Co Cork.
Between 1 percent and 15 percent of fish in these three fish farms died as a result of jellyfish stings. The death toll is believed to be the highest in Ireland since 2007 when more than 100,000 salmon were killed by jellyfish off the coast of Antrim.
Jeff Fisher, director of marine environment and food safety services at the Marine Institute in Galway, said the deaths were a "big event".
They are the result of blooms of the stinging jellyfish Pelagia noctiluca, known as the mauve stinger, and the Muggiaea atlantica, he said.
"Both can drift in from open ocean waters.
The mauve stinger can, apparently, cause skin irritation in humans, but there is no public health risk," Dr Fisher added.
The exact number of deaths will not be known for several weeks until the fish are removed from cages.
Environmentalists fear that it could run to the hundreds of thousands.
Dr Fisher said the reason for the invasion of jellyfish was as yet unclear, but it was a significant event based on the geographical spread of mortalities.
The deaths were reported to the Marine Institute in mid-September.
Dr Fisher said staff have visited the sites to ensure the dead fish are being disposed of properly to avoid any further environmental damage.
Billy Smyth, chairman of Galway Bay Against Salmon Cages, said that if salmon farmers lose over 30 percent of their stock they are compensated by the state.
"It is the Irish taxpayer who will eventually have to foot the bill for this environmental disaster," he said. 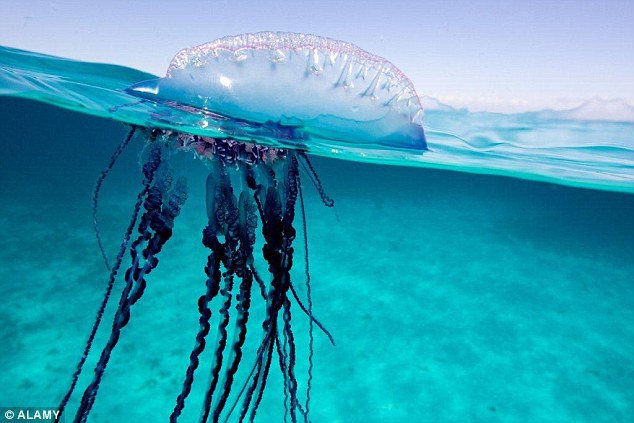