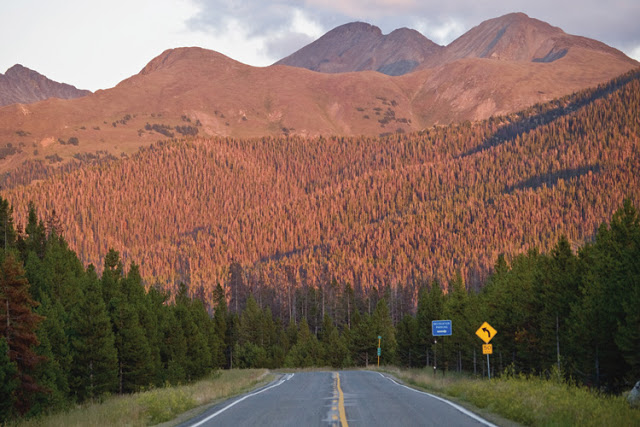 Millions of dead trees in California.
It was a disaster waiting to happen!
If you combine 200 million dead trees, dated infrastructure and poor maintenance, add into the mix a severe drought and 75 miles an hour humidity free winds you can expect the deadliest week of wildfires in California's history.
The Northern California wildfire has now killed at least 31 people with many more still missing.
While no one fire currently burning has killed that many, collectively this is the deadliest series of simultaneous fires in the state since records have been kept.
The fires, most of them in wine country, broke out almost all at once on Sunday night and have exploded to cover more than 300 square miles, an area as large as New York City.
The flames may have been sparked by downed power lines and blown transformers, according to emergency radio traffic.
State officials have not yet officially said what caused the blazes that have destroyed at least 3,500 homes and businesses.
CalFire is reporting downed power lines, blown transformers and the fly in the ointment, fallen trees.
The California drought has killed more than 200 million trees in a die-off of forests that increases the risk of catastrophic wildfires and other threats to humans, officials said Friday.
"These dead and dying trees continue to elevate the risk of wildfire, complicate our efforts to respond safely and effectively to fires when they do occur and pose a host of threats to life and property," U.S. Agriculture Secretary Tom Vilsack said in a statement last year.
The owner of the power equipment, Pacific Gas and Electric Company, said in a statement Wednesday "hurricane-strength winds in excess of 75 mph," and "millions of  dead trees weakened by years of drought and recent renewed vegetation growth from winter storms, all contributed to some trees, branches and debris impacting our electric lines across the North Bay."
"In some cases, we have found instances of wires down, broken poles and impacted infrastructure. Where those have occurred, we have reported them to our state utility regulator and CalFire," the company said.
The company, just like all utility companies in California, is required to keep vegetation more than 10 feet away from its power poles and towers, and to remove flammable debris from around the surrounding ground, according to KTVU Fox 2.
Utility companies in California have previously been found responsible for major wildfires due to inadequate maintenance of their power infrastructure.
The state Public Utilities Commission fined PG and E for $8.3 million in April for failing to maintain a power line that sparked a fire in September 2015 that killed two people and destroyed 549 homes, according to the East Bay Times.
CalFire announced last year that it will seek to force PG and E to pay $90 million in firefighting costs for that blaze, the newspaper reported.
A spokesperson for the company told the East Bay Times questions about maintenance of the lines in relation to the current wildfires were "highly speculative."
While authorities work to figure out an official cause of the fires, the blazes could expand Thursday because the area is expecting wind gusts up to 45 mph, with nearly non-existent humidity in areas north of San Francisco.