Volcano Eruption at Fernandina Island in the Galapagos of Ecuador: Volcano activity and major quakes massively down in 2017 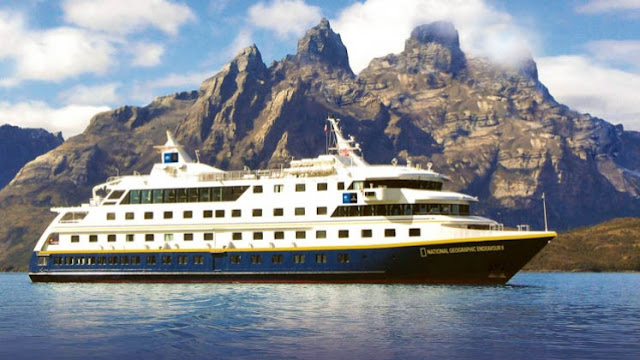 Photo adventuresmithexplorations.com/National Geographic ship Endeavor II
Shortly after noon on September 4, 2017, crew on Lindblad Expeditions/National Geographic ship Endeavor II observed a volcanic eruption at Fernandina Island in the Galapagos of Ecuador.
The National Park of Galapagos was immeditaly notified.
It was confirmed as a new eruptive phase of Fernandina's La Cumbre volcano.
After eight years of relative calm, this volcano began generating a column of water vapor and magmatic gases that were about four kilometers high.
By early evening, a volcanic ash advisory was reported.
Fernandina Island (formerly known in English as Narborough Island, after John Narborough) is the third largest, and youngest, island of the Galápagos Islands.
Like the others, the island was formed by the Galápagos hotspot.
The island is an active shield volcano that has been erupting since April 11, 2009.
While anchored in Banks Bay, Captain Benjamin Morrell recorded one of the largest eruptions in Galápagos' history at Fernandina Volcano.
His ship escaped to safety and his account of the event was preserved.