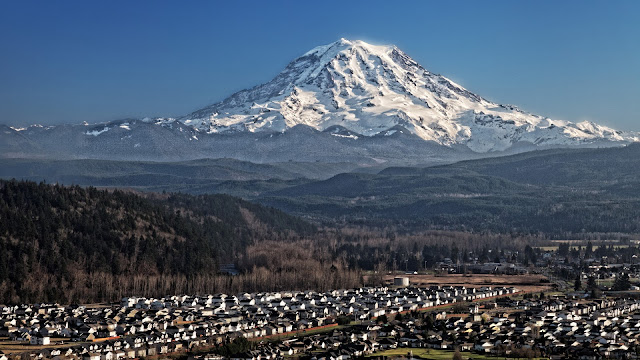 Some two dozen minor tremors have hit Mount Rainier, the active volcano towering over the Seattle metro area, over the past week.
The strongest of the quakes had a magnitude of 1.6, according to the Pacific Northwest Seismic Network (PNSN) run by the University of Washington and the University of Oregon.
Earthquakes with a magnitude of less than 2.5 normally cannot be felt, but are picked up on a seismograph. 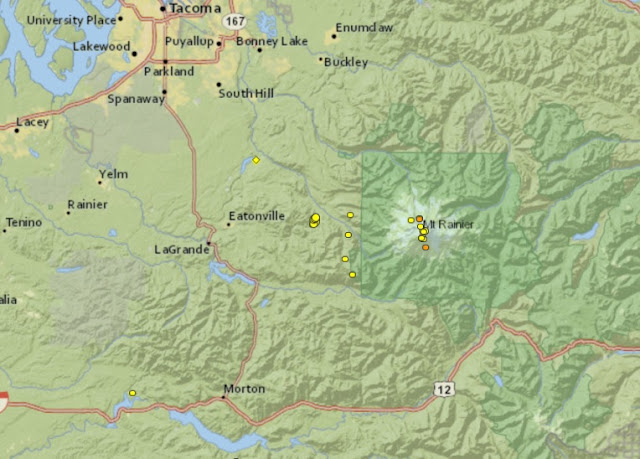 USGS
The 14,000-foot snowcapped volcano stands less than 40 miles from the densely populated area of Tacoma, Bellevue, and Seattle.
While the frequency of the tremors concentrated near Mount Rainier's summit is higher than usual, similar bouts of quakes have shaken the volcano before and usually don't signify an imminent eruption, said Prof. Paul Bodin, PNSN manager of the University of Washington, according to The Seattle Times.
"In the past, these swarms last a couple of days to a week or so and then die out," he said.
Active volcanoes commonly produce some level of seismic activity.
Earthquake swarms are less common but do happen repeatedly without leading to an eruption.
Over 100 tremors hit near Soda Springs, Idaho, several weeks ago, starting with a 5.3 magnitude quake.
The Yellowstone supervolcano is experiencing one of the most active years on record with over 2,300 quakes this year, the largest one at 4.4 magnitude.
Bodin said the Mount Rainier quakes were too shallow to suggest a connection with deep magma movements.

This week after a mag 5.7 strong quake Indonesian officials are worried Mount Agung volcano in Bali is about to blow.
The volcano last erupted in 1963, emitting ash 10 kilometres high and killing more than a thousand people.
Bali's Governor tried to reassure worried locals that all measures were in place to cope with a possible eruption.
"This is a natural disaster, we cannot avoid it, we can't stop it exploding but we can reduce the number of victims and loses," Made Mangku Pastika said.
"If you have to evacuate, you evacuate."
Fears among the many Aussies heading over to Bali for the school holidays have increased amid a volcanic eruption warning and an earthquake.
Holiday-makers heading over to Bali have been urged to be vigilant amid fears of increasing seismic activity and the possibility of a volcanic eruption.