Disaster unfolding in Sierra Leone: Hundreds of people have been buried alive in a massive landslide with thousands more homeless 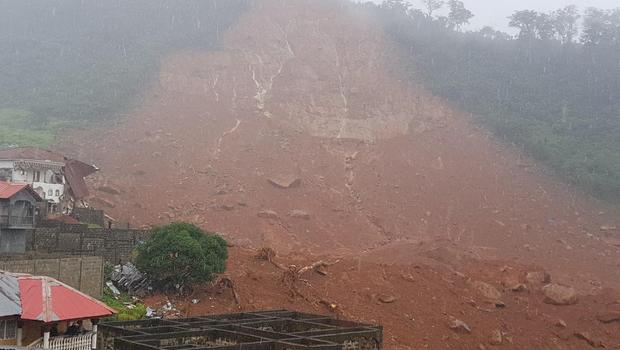 Sierra Leone's Vice-President Victor Bockarie Foh said it was "likely that hundreds are lying dead". The total number of casualties is likely to rise.

The AFP news agency is reporting that the total death toll from flooding in the capital has risen to 312, citing another Red Cross spokesperson.
Hundreds of people are likely to be left homeless following the mudslide.
A Sierra Leonean disaster management official, Candy Rogers, said that "over 2,000 people are homeless" as a result of the mudslide in the Regent area, AFP reports.