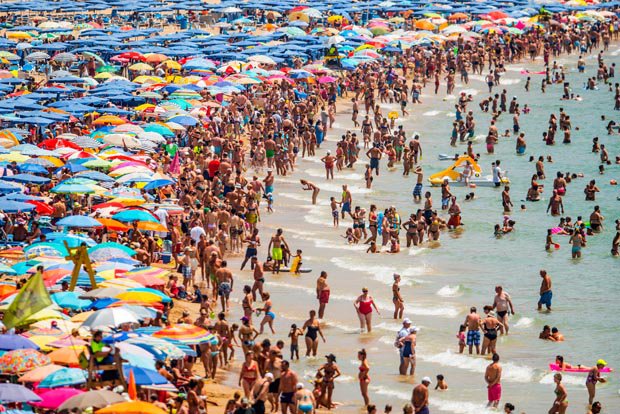 Photo dailystar.co.uk
Whilst temperature records around Croatia were broken on Wednesday and Thursday, forecasters predict it to get even hotter over the weekend.
A red alert has again been issued for all of Croatia, with temperatures to rise on Friday and into the weekend as a heatwave, dubbed 'lucifer' intensifies.
The Croatian Meteorological and Hydrological Service said temperatures of 42°C were expected today, with temperatures soaring to a scorching 44°C in Slavonia in the east of the country.
It is expected to hit the 40s°C in Zagreb, Rijeka, Osijek, and Karlovac over the weekend, whilst Knin will be 42°C.
It will also be scorching on the Dalmatian coast on Friday and into the weekend, with temperatures not dropping below 30°C overnight.
On Wednesday this week at Split Airport in Kastel Štafilic temperatures hit 42.3°C, which was the highest temperature in all of Europe on the day.
Records also fell in Sinj (40.1°C), Zadar (39.7°C), Plitvice Lakes (37.9°C) and in Imotski (39.8°) earlier in the week.
The heatwave has hit the region with the Italians naming it 'Lucifer'.
Many warnings have been issued urging people to take care.