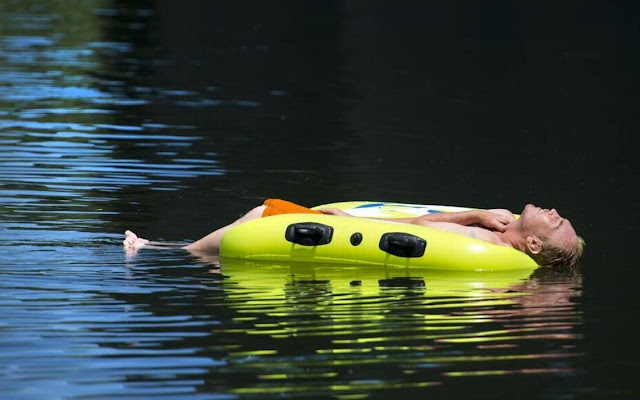 Photo sacbee.com
Downtown Sacramento on Monday broke its record for the number of consecutive days that temperatures topped out at 90 degrees or higher.
A high of 90 degrees was reached shortly before 3 p.m., marking a 41-day streak, according to the National Weather Service.
The previous record was 40 consecutive days, set in 1992.
The last time downtown Sacramento saw a high of less than 90 degrees was June 27.
The 40-day streak in 1992 ran from July 13 through Aug. 21.
"We've just been under a ridge of high pressure for a lot of the summer," said Cory Mueller, a meteorologist with the National Weather Service.
That has created the extended period of warm weather, he noted.
The streak is expected to continue, with the forecast calling for high temperatures in the 90s at least through Sunday.
Other areas across the Sacramento Valley are coming close to breaking their records, he said, noting that Redding, which typically experiences higher temperatures than Sacramento during the summer, has experienced a similar streak.