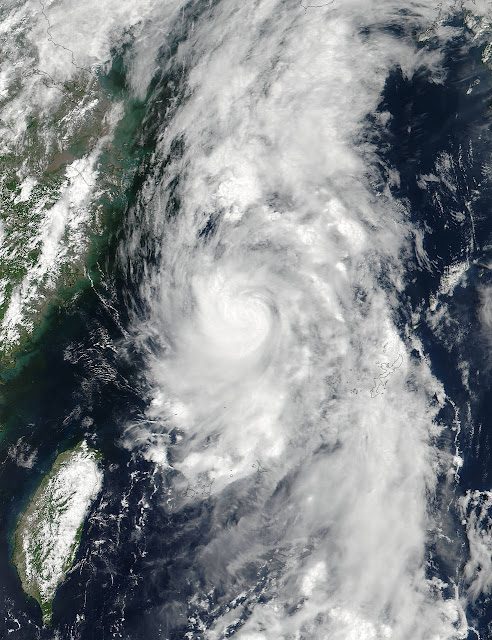 Typhoon Nanmadol ripped through the Japanese archipelago Tuesday, dumping heavy rain, disrupting traffic and leaving nearly 70,000 without power as it traveled east after making landfall in Nagasaki in the morning.
The season's third typhoon is expected to reach the Pacific Ocean east of Japan and be downgraded to a tropical depression by Wednesday morning, according to the Japan Meteorological Agency.
Around 68,500 households suffered brief blackouts in Nagasaki and Kumamoto prefectures in southwestern Japan, while power outages were also reported in Oita, Miyazaki and Kagoshima prefectures, the Kyushu Electric Power Co. said.
Some rail services, including bullet trains between Hakata and Kagoshima-Chuo, were disrupted on the southwestern main island of Kyushu. 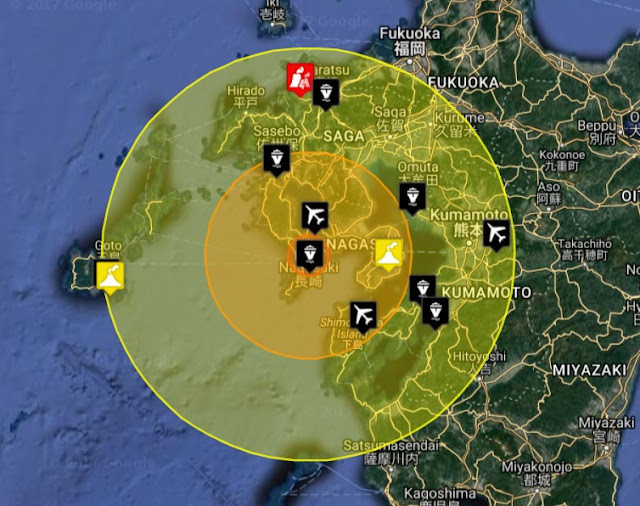 In Kumamoto city, a first-grader suffered a slight hand injury when a window broke at his school. Strong winds in neighboring Oita Prefecture also caused a man and a woman fall and sustain minor injuries.
The city of Aso in Kumamoto saw over 80 millimeters of rain over an hour period and Nagasaki some 50 mm, the typhoon also brought downpours to the Hokuriku area on the Sea of Japan, measuring over 60 mm in Kanazawa, Ishikawa Prefecture.
The weather agency warned against possible landslides in some areas in Niigata, Toyama, and the northern part of Nagano Prefecture that saw heavy rainfalls of up to a total of 300 mm over a period of several hours.