A massive hole has opened up on our Sun's atmosphere and is facing Earth: The Coronal Hole is ejecting solar wind expected to hit Earth tomorrow 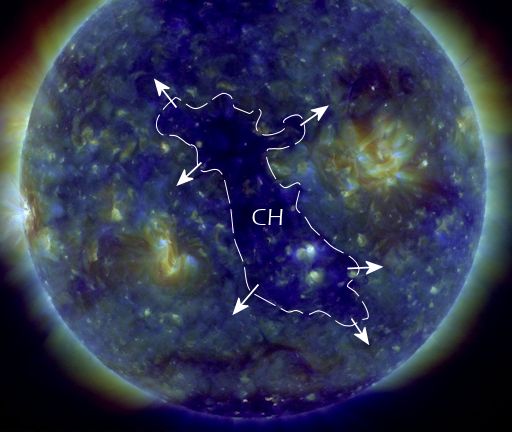 Photo Spaceweather.com showing massive hole in the Sun's atmosphere.
A massive hole has opened up on our Sun's atmosphere and is facing Earth.
The Coronal Hole is ejecting solar wind into space at incredible speeds which will impact Earth's magnetosphere on July 8th of 9th'
NASA's Solar Dynamics Observatory is monitoring the structure as it turns to face Earth.
It is interesting to note the hike in volcano activity and the major mag 6.5 in the Philippines and the surprising mag 5.8, in Montana yesterday which some experts believe happens as a large Coronal Hole begins to turn and face Earth.
It will be worth keeping an eye on earthquake and volcano activity in the coming days. 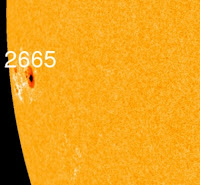 Spaceweather reports: Breaking a string of two spotless days, new sunspot AR2665 is emerging over the sun's eastern limb.
It's a big sunspot, with a primary dark core twice as wide as Earth.
The magnetic canopy of AR2665 is crackling with minor B-class solar flares, but so far nothing stronger.
This is probably a mostly-quiet sunspot typical of the decaying solar cycle.
NASA announced last week a new Solar Minimum has arrived, which happens every 11 years or so.
Some 'experts' are claiming a mini ice age is just round the corner, as I write this in near 30C temperatures at home in Holland I find that scenario difficult to believe however, if a mini ice age does happen in the coming years it will happen very quickly. 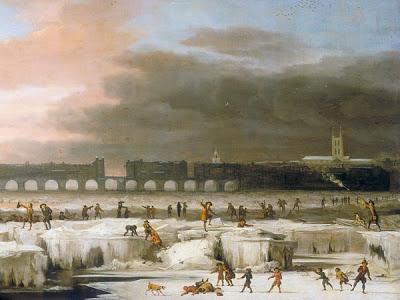 London's River Thames, frozen over in 1677 NASA announced a new Solar Minimum is coming, every 11 years sunpsots fade away, this event is called a Solar Minimum and this is happening now with 2019, 2020, expected to be the the quietest period.Some experts believe sunspot activity is as low as the mid 1600's when low sunspot activity is thought to have caused a mini ice age, temperatures around the world would suggest that is not going to happen this time.From the mid 1600's to early 1700's, a period of very low sunspot activity (known as the Maunder Minimum) coincided with a number of long winters and severe cold temperatures in Western Europe, called the Little Ice Age.It is not known whether the two phenomena are linked or if it was just coincidence.