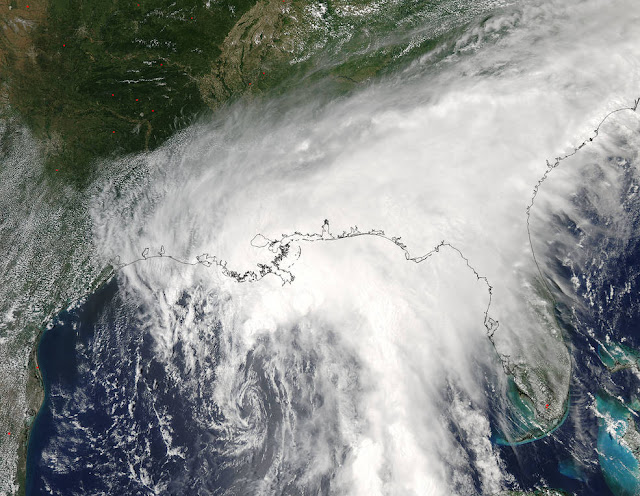 Tropical Storm Cindy continues to approach the Gulf Coast and is expected to make landfall early Thursday morning along the border of Texas and Louisiana.
The storm, which has been impacting Gulf Coast states with heavy rain since early in the week, will continue to be threatening with severe weather, life-threatening flooding and rip currents from Texas to Florida into Thursday.
Emergency officials throughout the South have already begun readying swift-water rescue teams and enacting other precautions to make sure communities have the proper assistance. 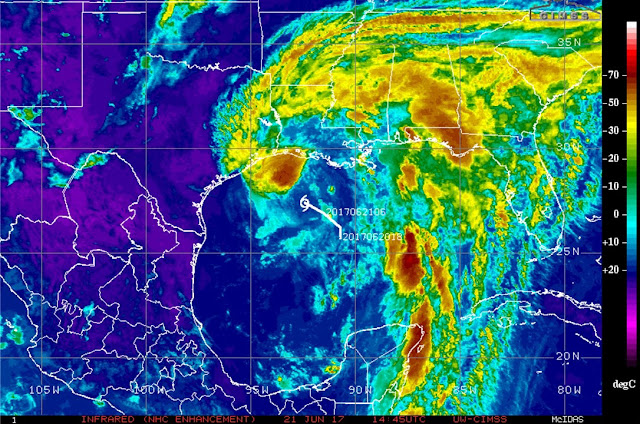 On June 21 at 11 a.m. EDT, a Tropical Storm Warning is in effect for San Luis Pass, Texas to the mouth of the Mississippi River.
When NASA’s Aqua satellite passed over the Gulf of Mexico on June 20 at 19:15 UTC (3:15 p.m. EDT), Tropical Depression 3 was already upgraded to Tropical Storm status and named Cindy.
The storm was classified as a tropical storm at 2 p.m. EDT.
The Moderate Resolution Imaging Spectroradiometer or MODIS instrument aboard Aqua showed Cindy’s center of circulation in the central Gulf of Mexico with a large area of thunderstorms sweeping from northwest to southeast of the center, stretching from eastern Texas to Florida.
The National Hurricane Center or NHC noted on June 21 that “Heavy rainfall could produce life-threatening flash flooding across portions of the northern Gulf coast.”