Another week in paradise: Week 3 of June witnesses thousands more dead fish and birds in diverse places around the world

On Wednesday Telstar Online reported a massive fish kill in the waters of Nootdorp, Netherlands.
Sewage in the water was thought to be the reason but the experts are not quite sure.

On Tuesday CBCNews, reported hundreds of dead fish wash ashore in Prince Edward Island, Canada.
Islanders may have noticed dead fish washing up on beaches but it isn't anything to be alarmed about. Parks Canada says the dead gaspereau that have been showing up this spring died from natural causes? Really? Look at the picture below, does this look natural to you? 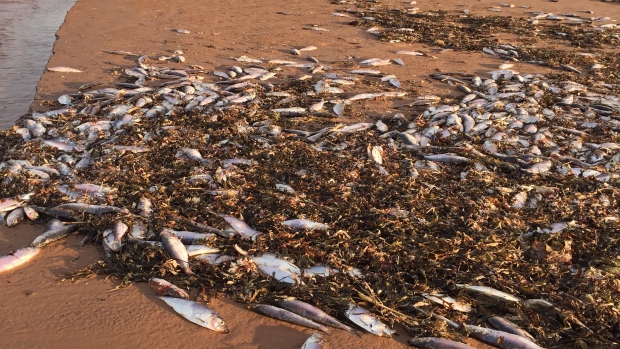 On Sunday Chronicle reported hundreds of dead fish wash up in the waters of Porto Empedocle, Italy.
Tons of slurry was thought to be responsible. 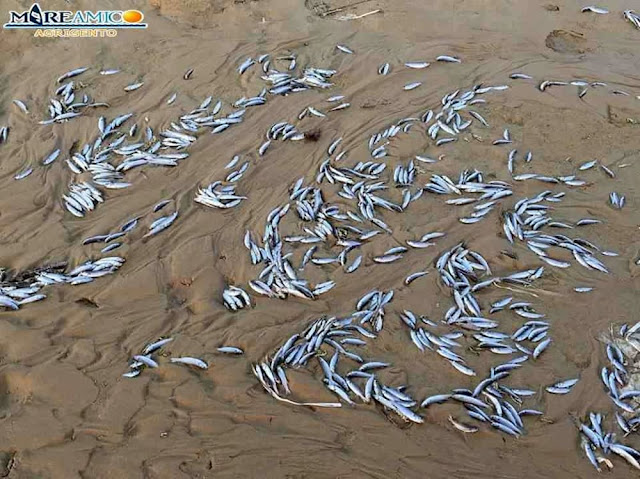 On Friday - Journal da Bairrada thousands of dead fish found in a river in Oliveira do Bairro, Portugal.

Thousands of dead fish were found in the Cértima River, in the Olive Branch area of ​​Oliveira do Bairro, on Thursday

On16th June 2017 CBSDetroit - Hundreds of dead seagulls found along a road in Detroit, America.
Test results have come back on hundreds of dead seagulls spotted along Jefferson Avenue in the Delray neighborhood near the Rouge River Bridge.
The Michigan Department of Natural Resources says the ring-billed gulls have chosen an area near the Waste Water Treatment Plant to nest, just off the Detroit River, so a larger number of the birds are in the area compared to previous years — about 10,000 compared to 5,000.
Residents speculated that a number of young birds died because they couldn’t fly and were hit by passing traffic.
But the DNS says no evidence of trauma was found on any of the birds during their testing.

16th June 2017 ANSA General News - Hundreds of dead fish found in a river in Bologna, Italy
Italian police on Friday pulled out over 300 kg of dead carp and catfish from the Reno River in Bologna.
The fish are believed to have died because of an ongoing drought and the hot water in the river due to a recent heat wave.
Many fish were also found gasping for breath on the surface of the river. 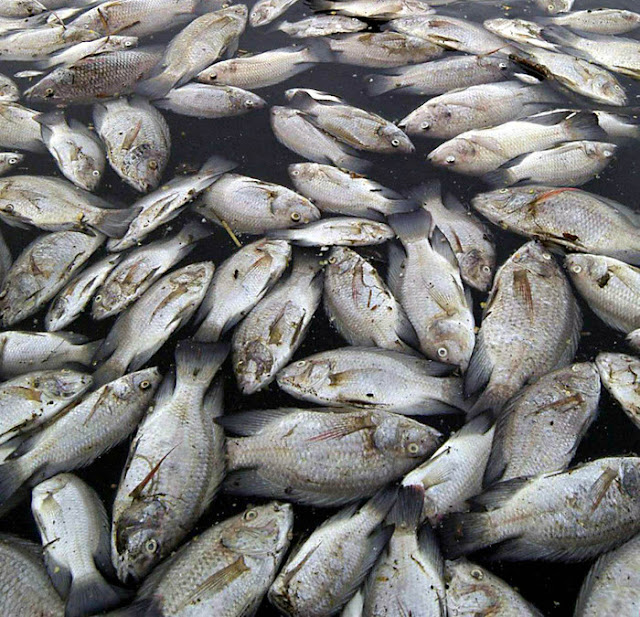 15th June 2017 wfmj.com - Hundreds of dead fish wash up in a lake in Ohio, America.
Ohio - Neighbors around Westwood Lake in Weathersfield are wondering what is killing hundreds of fish in the lake.
Dead fish have drifted into the shoreline, while others can be seen floating on the lake.
A resident says he and his son starting noticing the fish about a week ago

Experts are looking into it. 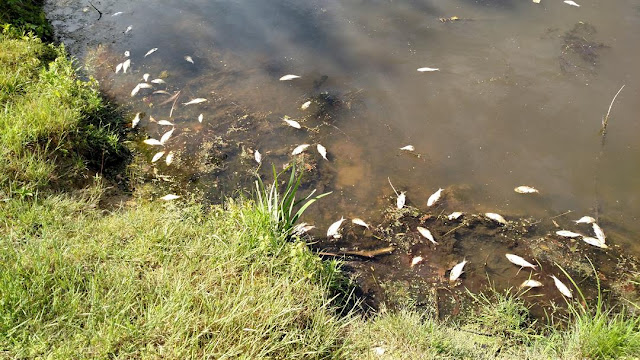 In this video I am in Matagorda staying on a river channel that leads into the gulf and all of a sudden a huge amount of menhaden started to surface and then die.
Pretty soon there were miles of menhaden washing up and dying along with other bigger game fish.