Locked n' loaded! Massive sunspot AR3190 takes aim and faces earth: It's the biggest sunspot in years (More than 4 times the size of earth) and is now facing our planet directly. It is so big it can be seen with the naked eye and is responsible for two very powerful major quakes in Indonesia

Massive sunspot AR3190 has a 'beta-gamma' magnetic field that harbours energy for powerful solar flares. Credit: SDO/HMI and Spaceweather.com.
2023 has seen a very exciting start for astronomers already with three powerful X-Class solar flares and a plethora of sunspots. Our Sun is still brisling with powerful sunspots with the biggest sunspot in years now facing our planet. Sunspot AR3190 is so big it can be seen with the naked eye. (Warning never look at the sun without proper protection for your eyes)
Sunspot AR3190 is at the moment more than four times the size of the earth and it is facing our planet, meaning if the sunspot explodes, releasing a powerful coronal mass ejection the resulting solar flare would hit earth full on. However, NASA is predicting only a 15% chance of a powerful X-Class flare during the next 48 hours, that can change, however. Sunspot AR3190 can be seen lower left on the Hellioviewer video below.
If a sunspot this size, and in this position was to release a very powerful X-Class flare it could be devasting for the earth and the very important satellites surrounding it. It could be disastrous in fact. It would, in a flash, knock out all GPS and internet signals, crippeling everything from banking to toilet systems and knocking out the power grid, trapping people in lifts and destroying life support systems such as pacemakers and ventilators. It would literally knock us back into the 18th century.
Intense solar activity also affects many other things here on earth causing problems for animal navigation, such as dolphins, whales, birds and insects. Powerful solar events can cause powerful weather events and an increase in volcanic and seismic activity too.
So the two powerful major quakes which were recorded last night in the same area of Indonesia should not come as a great surprise. 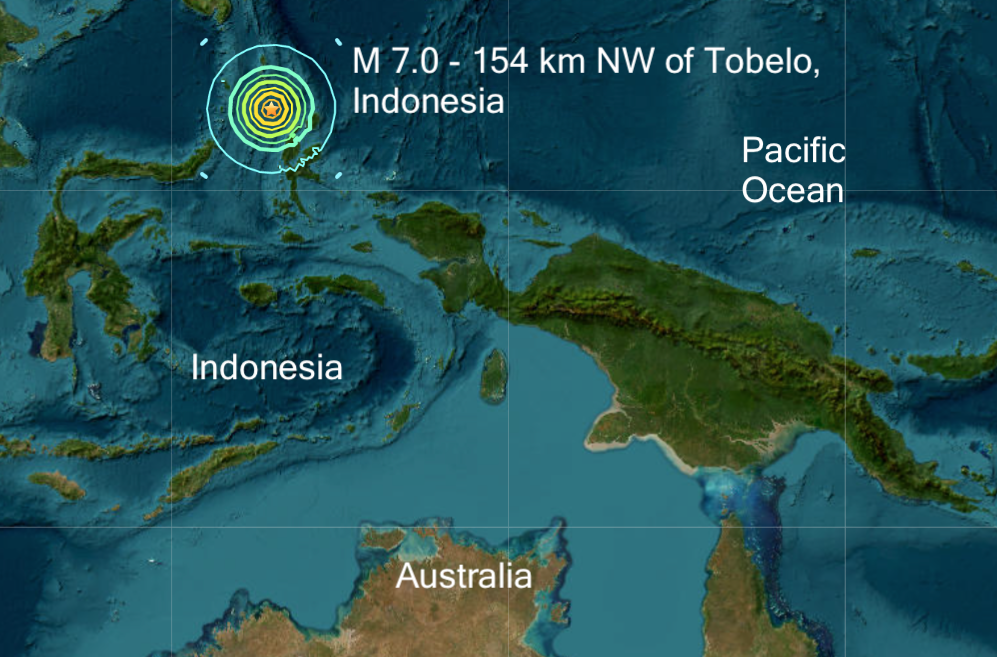 Credit USGS.
Originally recorded as a magnitude 7.2, USGS has reduced this powerful major quake down to a mag 7.0. See the map above. Even so, this shallow (47km) major quake (mag 6 or higher) is a reminder of the power of nature. Luckily the quake area is sparsely populated and damage is expected to be low. 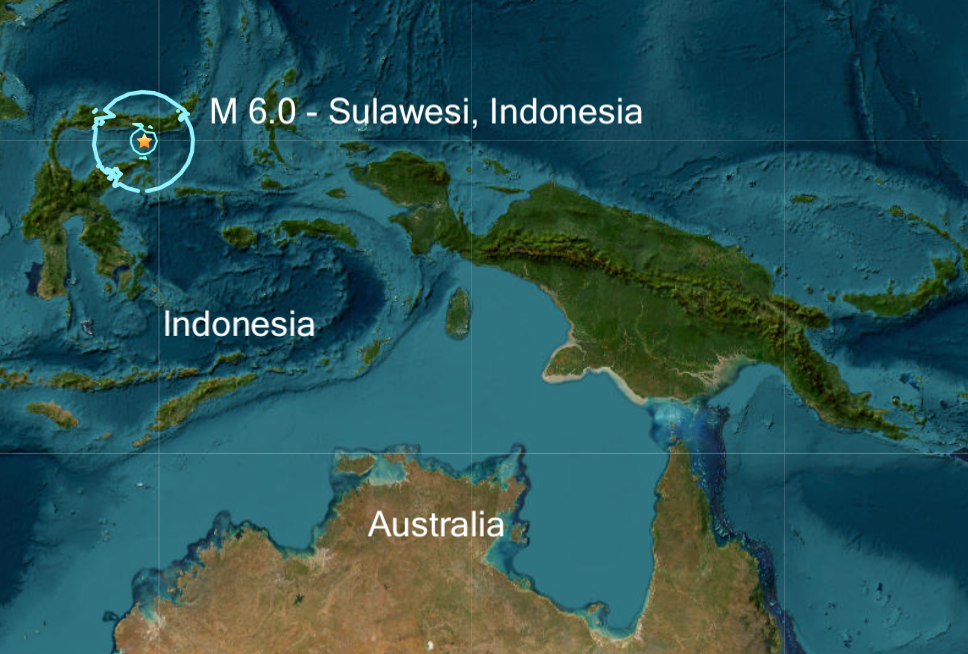 A couple of hours earlier a magnitude 6.1, reduced to a mag 6.0 by USGS was recorded near Sulawesi, also in Indonesia, see the map above.
Not surprisingly with all the solar activity 2023 has been a busy month so far recording an impressive 7 major quakes, (mag 6 or higher) with 3 of them being mag 7 or higher. Four of the major quakes so far this year have happened in Indonesia and all 7 have been recorded in the Pacific Ring Of Fire.
The biggest quake so far this year was an extremely powerful magnitude of 7.6 in Pulau Pulau Indonesia on the 9 of January.