A message in a bottle: The Pope's Moscow visit: When I get a life I will be alerted—More on the Catholic Church from William Neu. 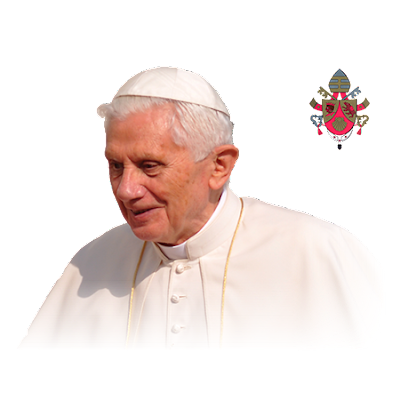 It has been about nine and a half years since Francis had stepped into the Chair of Peter. Some will claim he is not pope, but acting in the capacity of administrator for Pope Benedict XVI. This link: https://www.youtube.com/watch?v=A30NvrOLLpw  (titled, Message in a Bottle) will give ample evidence, in my opinion, that Pope Benedict did not resign his role as pope, as had been erroneously reported. (I found this video much too fast paced for reading the subtitles, this video can be speed adjusted if needed. If adjustment desired click on the little cog wheel [settings] at the bottom right of the video frame, then click on "playback speed" and choose what you need). I highly recommend this documentary.Some may wonder what the importance is of the partial resignation of Pope Benedict (the video will explain the partial resignation in question)? If you are watching the news with an understanding of 2 millennia of Church Teaching nothing more needs to be said, as Francis routinely and progressively defaces Catholicism by shamelessly integrating paganism into a multi-syncretic worship and finds favor in appointing sexual predators and known homosexuals to the highest posts in the Church. Obviously this is enough to stir the pot plenty, but it does not stop there. His many documents are catching the ridicule they deserve as he cunningly places poison among the truth. If this is new to you do a search typing in "heresies of francis"For those who may want my opinion, I am waiting for two things yet to (allegedly) happen, as is said in the Book of Truth. I urge all to watch for these, a referendum and an ecumenical liturgy. No pope in his right mind would come forward with such nonsense. For the Catholic who understands that the Holy Sacrifice of the Mass is the highest form of worship to God, they know that Doctrine and Moral Teachings are not up for democratic debate among the Catholic faithful world. Doctrine and Moral Teaching are derived from Scripture and the wisdom of the early Church fathers, that would include the Apostles (to whom another paraclete was sent, to instruct in all things).There is an alleged prophecy of a referendum to be introduced by the Church (Francis).
They will convince My followers to adapt the Laws of My Church by holding a referendum

"My dearly beloved daughter, always remember how the devil works. He is very careful not to reveal himself. He, therefore, mixes truths and lies together, in order to confuse. This is his favourite way to deceive souls. He would never tell the truth, by allowing others to see how he really is, but because he is proud, his arrogance and his hatred for Me will always seep out. Those whose eyes are open will immediately recognize the insults, which are thrown in My Face and before My altars.

Satan, remember, is proud, arrogant, boastful and very, very cunning. When he is present in souls, he has a confidence, which is borne out of pride and arrogance and a belief that he is above God. He will always give signs, which insult God, but only those who know what to look for will see them.Those who honour Satan, and who spend much of their time in groups which organize rituals to pay homage to him, will be delighted to see these signs. All who have sold their souls to Satan will communicate, through such signs, as an arrogant and defiant gesture against Me, Jesus Christ.

Those who deceive you, in My Name, will convince My followers to adapt the Laws of My Church, by holding a referendum. All will be asked to condone new practices, which amount to two things. The first is to wipe out My Presence in the Holy Eucharist. The second is to condone sin, by encouraging people to show sympathy for the human rights of those who do not believe in Jesus Christ.

This referendum will be falsified and lies will be presented as the Truth. When the new one world religion is introduced, My Church
on Earth – the True Church – will go into hiding, in order to pay homage to Me.". . .At present Francis has called into action a "Synod on Synodality", this is to end in 2023 (I think March). This synod on synodality appears to be is a global listening session, in gathering the "opinions" of anyone under the sun about how the Church should conduct Its affairs. I do wonder if this so-called synod is a referendum of sorts or will a formal referendum be brought forth after the synod? A discerning eye and ear are needed soon. I could be wrong on this, but my suspicion is the referendum (if it happens) would not only call into question multiple Church Teachings, necessitating a rewrite of scripture (another prophecy), but would provide the excuse for Francis to introduce that (alleged) ecumenical liturgy (which is to replace the Mass, globally) and reformulate the moral teachings according to the falsified referendum. Only time will tell, but Francis is on a roll and anything is possible the way this fellow carries on.Below are a couple links that will add to this mystery of the (partial) papal resignation. A now deceased cardinal had publicly admitted conspiracy to oust Pope Benedict. These are links from several years ago, but the elapsed time does not detract from the crisis at hand:https://www.lifesitenews.com/opinion/swiss-bishops-confirm-existence-of-cardinal-danneels-mafia-against-benedict/
https://www.lifesitenews.com/news/cardinal-danneels-admits-being-part-of-clerical-mafia-that-plotted-francis/Adding yet further to the resignation mystery is an alleged message from the Book of Truth, found below in a partial clip, dated 2/11/12. This date I feel is deeply significant, placing it (the message) in history as being exactly one year prior to Pope Benedict's resignation press conference of 2/11/13, of which shocked the Catholic world.My poor Holy vicar, Pope Benedict XVI, will be ousted from the Holy See in Rome.

My dearly beloved daughter, the wars are escalating everywhere and very soon the Hand of My Father will intervene to bring this evil to a halt.

Fear not, for the plans to save humanity are completed and it will not be long now for My Great Mercy, which will be given to each of you.

Never fear the works of the antichrist, when you, dear children, have the power within you to weaken his grasp on the world, through your prayers.

Other world leaders will be killed soon, and My poor Holy Vicar, Pope Benedict XVI, will be ousted from the Holy See in Rome. . .I know I have a lot in this email, but you might also be interested in looking up the message below concerning Pope Benedict. Here is the title and date:They will say that he was guilty of a crime of which he is totally innocent

(all Book of Truth messages can be found here: http://thebookoftruthonline.blogspot.com/p/the-book-of-truth-online.html )