While extreme weather wreaks havoc worldwide a strong quake rocks Panama City: Last night's major quake is the 8th of July and by far the biggest. The total number of major quakes, (mag 6 or higher) so far in 2021 is 85. 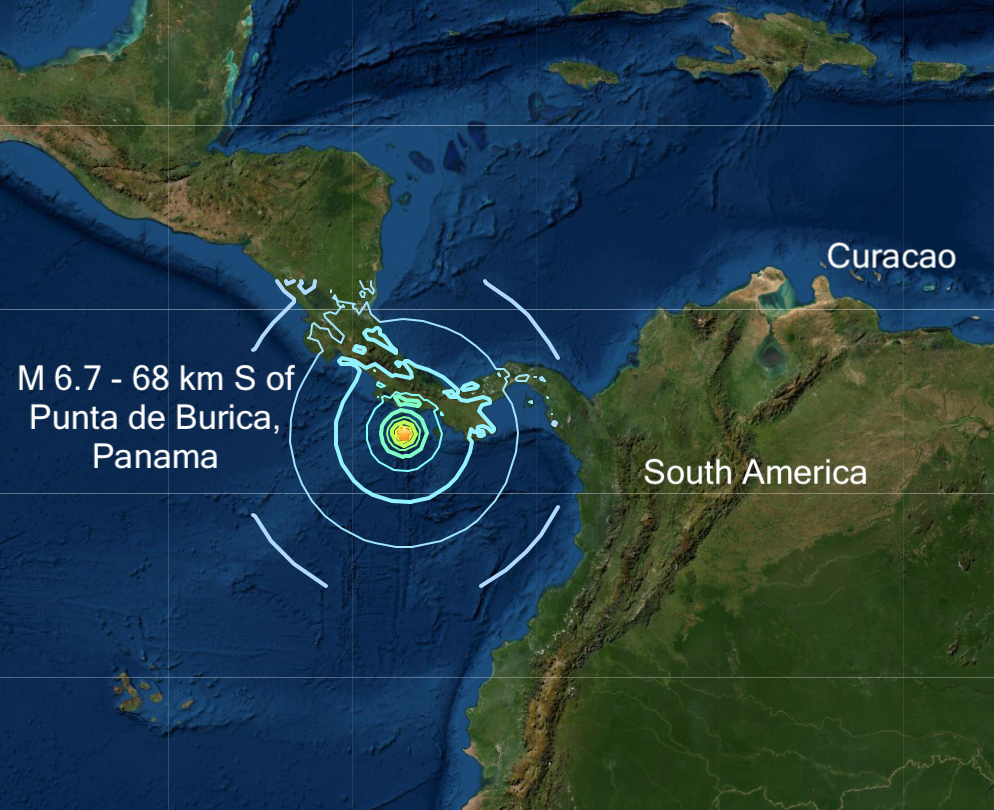 While extreme weather wreaks havoc worldwide major earthquakes, (mag or higher) have shrunk into the geological background in recent months. By early March 2021, 42 major quakes, mag 6 or higher had rocked the planet in just 65 days, and we were well on the way to recording the highest number of major quakes ever recorded in a year which at the moment is 207 in 2011, the year of the Fukushima disaster.

What made the incredible number in March even more exciting was that the majority of the major quakes, (mag 6 or higher) had been located along the eastern margin of the Australia plate. 27 of them in fact.

When you consider, the same period in 1921, a hundred years earlier to the day, only 7 major quakes, mag 6 or higher, "35" less had been recorded globally according to the USGS Data Base.

However, as spring moved into summer the frequency of major quakes, (mag 6 or higher) faded, and at this moment, the number of major quakes in 2021 is on course for an average year, no more, no less.

Last night a mag 6.8, reduced to a mag 6.7 by USGS rocked Panama City. A tsunami warning was issued but there are no reports of any damage.