Tornado Outbreak Tears Across the South, Killing 32: Fresh misery atop a pandemic, spreads across the United States on Monday, leaving more than 1 million homes and businesses without power 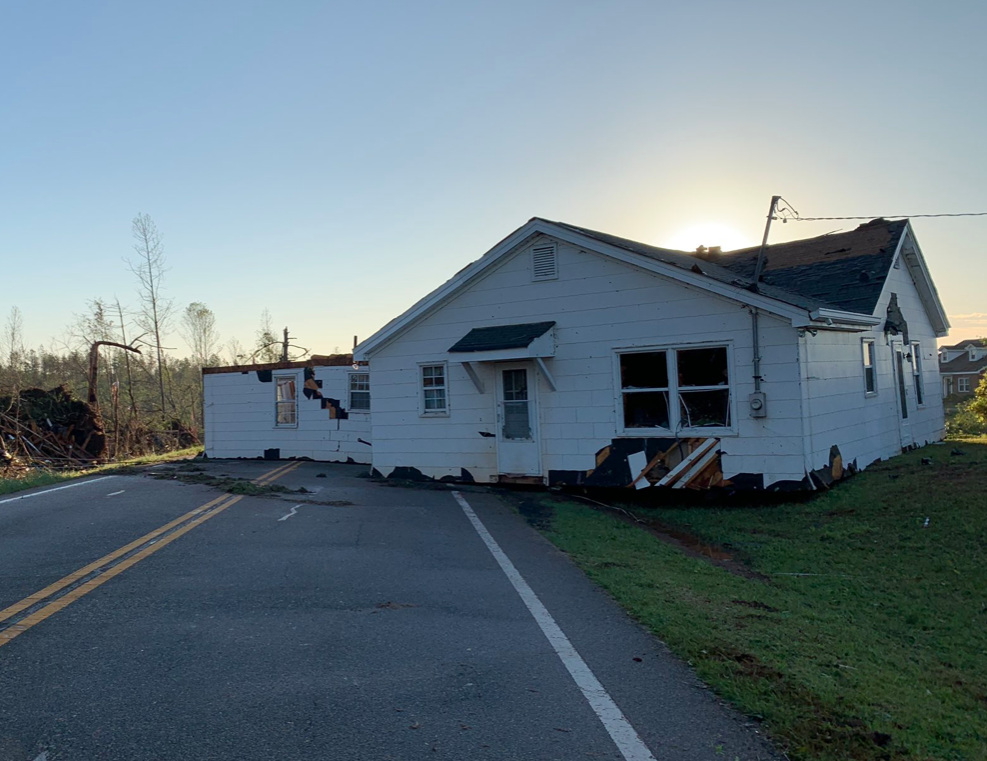 Severe weather has swept across the South, killing at least 32 people and damaging hundreds of homes from Louisiana into the Appalachian Mountains. Many people spent part of the night early Monday sheltering in basements, closets and bathroom tubs as sirens wailed to warn of possible tornadoes. Eleven people were killed in Mississippi, and six more died in northwest Georgia. Three other bodies were pulled from damaged homes in Arkansas, South Carolina and North Carolina.

The storms blew onward through the night, causing flooding and mudslides in mountainous areas, and knocking out electricity for nearly 1.3 million customers in a path from Texas to Maine, according to poweroutages.us. Striking first on Easter Sunday across a landscape largely emptied by coronavirus stay-at-home orders, the storm front forced some uncomfortable decisions. In Alabama, Gov. Kay Ivey suspended social distancing rules, and some people wearing protective masks huddled closely together in storm shelters.

The National Weather Service tallied hundreds of reports of trees down across the region, including many that punctured roofs and downed power lines. Meteorologists warned the mid-Atlantic states to prepare for potential tornadoes, wind and hail on Monday. The storms knocked down trees across Pennsylvania, and an apparently strong tornado moved through southern South Carolina, leaving chaos in its wake."Everything is up in the air. Power lines are down, trees are all over the place. A suspected twister lifted a house, mostly intact, and deposited it in the middle of a road in central Georgia.

The GOES-East satellite has been monitoring severe thunderstorms that brought torrential rain, destructive winds, and more than 400 severe weather reports along with roughly 40 tornado reports to the southern US this weekend.

In Arkansas, one person was killed when a tree fell on a home in White Hall, southeast of Little Rock, the Jefferson County Department of Emergency Management said. In South Carolina, a person was found dead in a collapsed building near Seneca as an apparent tornado struck, Oconee County Emergency Management Director Scott Krein said. And in North Carolina, a person was killed by a falling tree in Davidson County, northeast of Charlotte, as high winds were blowing through, Sheriff's Capt. Mike Burns said.

Apparent tornadoes damaged dozens of homes in a line from Seneca to Clemson. Emergency officials also were working to open shelters in the North Carolina mountains after heavy rainfall there. In Chattanooga, Tennessee, the National Weather Service confirmed a tornado struck, damaging at least 150 homes and commercial buildings. More than a dozen people were treated, but none of their injuries appeared to be life-threatening, Chattanooga Fire Chief Phil Hyman said. The deaths in Mississippi included a married couple - Lawrence County sheriff's deputy, Robert Ainsworth, and a Walthall County Justice Court deputy clerk, Paula Reid Ainsworth, authorities said."Robert left this world a hero, as he shielded Mrs Paula during the tornado," said a Facebook message by the sheriff's office."This is not how anyone wants to celebrate Easter," said Mississippi Gov. Tate Reeves. "As we reflect on the death and resurrection on this Easter Sunday, we have faith that we will all rise together."There were no immediate reports of serious injuries in Louisiana, even though the storm-damaged between 200 and 300 homes in and around the city of Monroe, Mayor Jamie Mayo, told KNOE-TV. Flights were cancelled at Monroe Regional Airport, where airport director Ron Phillips told the News-Star the storm caused up to $30 million in damage to planes inside a hangar.