Ice Age On Ice: Northern Hemisphere has probably witnessed its warmest winter ever: Advanced the arrival of spring: Hedgehogs and other animals have not hibernated this winter, UK 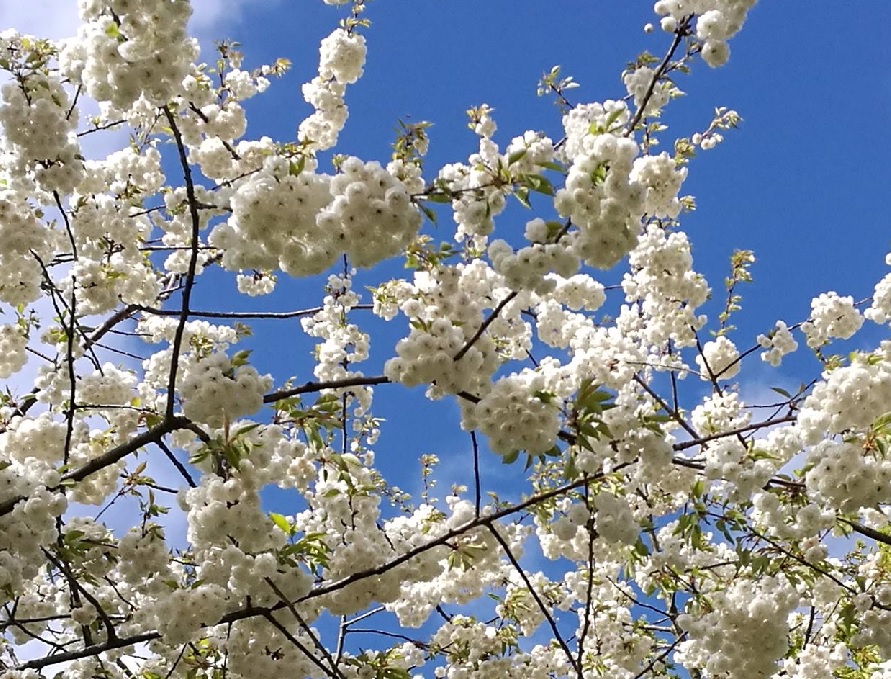 Tree blossom here in Holland has been begun weeks early in 2020, Photo The Big Wobble

Disturbing patterns show the Northern Hemisphere has witnessed its warmest winter ever, as the U.S.  UK and Ireland, Europe and Russia all reported warm or record warmth for winter 2019/20. Across much of the United States, a warming climate has advanced the arrival of spring. Christmas was so mild in Moscow last year they had to import thousands of tons of snow to cover the streets of the capitol.

Winter was the 6th warmest on record for the U.S. February was wetter and warmer than average  Winter? For some regions of the country, it was as if it never happened at all. In fact, the period from December through February was much warmer than normal across the contiguous United States, while precipitation remained above-average, according to NOAA’s National Centers for Environmental Information. February continued the balmy trend, with unusually warm and wet conditions across the Lower 48 states last month. Not so for Alaska: The state shivered under its coldest February in more than 20 years.

Across much of the United States, a warming climate has advanced the arrival of spring. This year is no exception. In parts of the Southeast, spring has arrived weeks earlier than normal and may turn out to be the warmest spring on record. Apple blossoms in March and an earlier start to picnic season may seem harmless and even welcome. But the early arrival of springtime warmth has many downsides for the natural world and for humans. Rising temperatures in the springtime signal plants and animals to come alive. Across the United States and worldwide, climate change is steadily disrupting the arrival and interactions of leaf buds, cherry blossoms, insects and more. In my work as a plant ecologist and director of the USA National Phenology Network, I coordinate efforts to track the timing of seasonal events in plants and animals. Dramatically earlier spring activity has been documented in hundreds of species around the globe. TC

Europe
Germany and Austria had their second warmest winter, while in France it was the hottest since 1900Climatological winter came to an end last weekend and it was an exceptionally mild and wet winter across north-western parts of Europe. According to the World Meteorological Organization, Germany and Austria had their second warmest winters on record, 3.2C and 2.7C above the 1981-2010 average respectively. In Germany’s case, only 2006-07 had a milder winter. Here in Holland trees have been in bloom since the middle of February, 6 to 8 weeks early. We have seen no frost or snow here in Amsterdam and although it has been very mild it has also been one of the wettest winters on record. France also had one of its three mildest winters on record and its warmest since 1900. In the UK, Hedgehogs and other animals have not hibernated this winter, after ‘unprecedented’ mild weather.The UK

Wettest February on record for the UK and Ireland.February 2020 has been the wettest February on record for UK, England, Wales and Northern Ireland, and the second wettest (behind February 1990) for Scotland. It has also been the fifth wettest of any calendar month in a series from 1862 behind only October 1903 (227mm), December 2015 (217mm), November 2009 (215mm), and December 1929 (213mm).Three named storms crossed the UK during February, Ciara, Dennis and Jorge. The heavy rainfall throughout the month resulted in some severe impacts with many areas flooded, including parts of Yorkshire, Wales and the Midlands. John Curtin, Executive Director for Flood Risk Management at the Environment Agency said: “Record February rainfall and river levels have tested the nation’s flood defences; however we have been able to protect over 80,000 homes thanks to the action we have taken. February has been a notably mild, but not record-breaking, month for temperature. TBW
One Maine Theme In February: (Apart from the coronavirus and locusts plagues) Floods. Flooding around the world broke record after record during the 2nd month of 2020. TBW

In the UK, Hedgehogs and other animals have not hibernated this winter, after ‘unprecedented’ mild weather. the effects and implications of this ‘unheard of’ phenomenon are yet to be discovered, but we should be worried. Reports of frogs and toads still being out in people’s gardens is weird, they should be deep in hibernation because they are cold-blooded animals. It’s absolutely unheard of.” SE

The Hydrometcenter of Russia stated that air temperatures were abnormally warm for the country during the 2020 winter season, with a median winter temperature above 32 degrees Fahrenheit for the first time ever. Climate Change Service adds that precipitation for most of Europe, including Russia, has been sparse for 2019 and the beginning of 2020. Copernicus, in its State of the Climate report, added: “…precipitation, soil moisture, and relative humidity were below average (indicating generally dry conditions).” The radical change from ordinary conditions is partly due to the Arctic Oscillation Teleconnection, which affects latitudes from 20 to 90 degrees N, and is currently in an extreme positive phase. While the pattern will result in normal to below-normal temperatures for Western Europe, it will also result in above-normal temperatures in Eastern Europe for the next 10 days. Christmas was so mild in Moscow last year they had to import thousands of tons of snow to cover the streets of the capitol.