Covid-19: Day 87: Mar26th: Why Did Hundreds Of CEOs Resign Just Before The Virus? Millions of locusts cover streets in Oman: Fired Americans Send Unemployment Websites Crashing Down: US deaths top 1,000 as $2.2 trillion in virus aid approved. 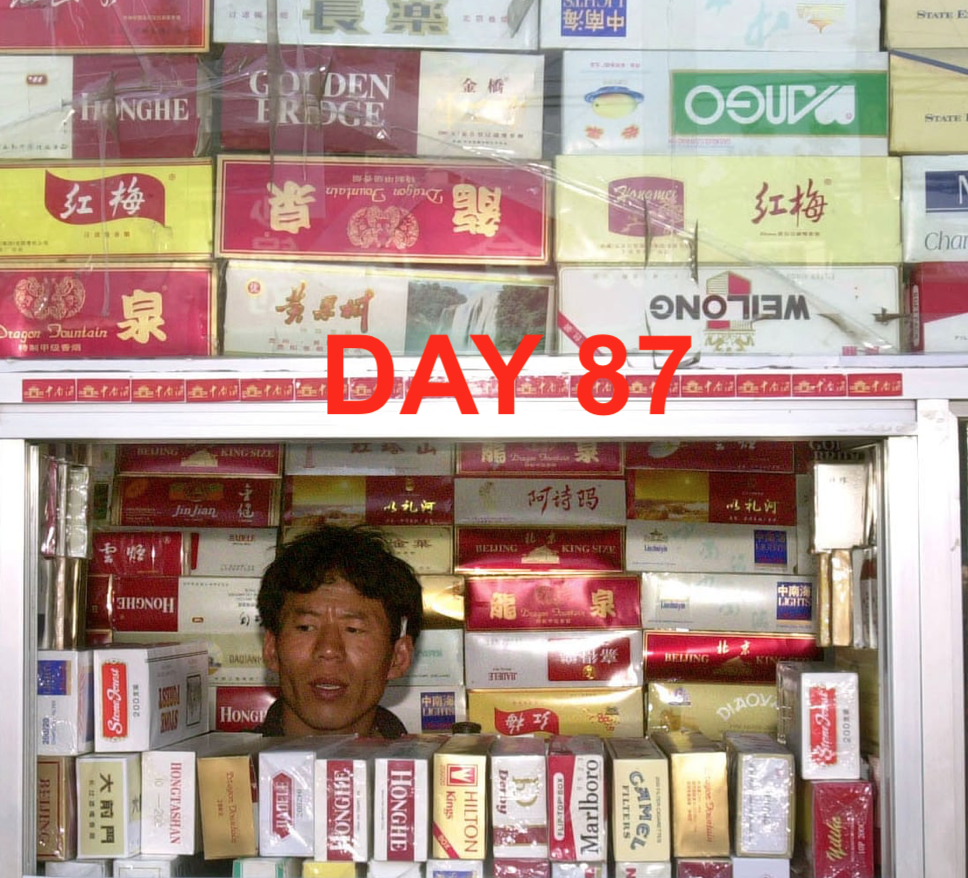 Certain people made billions from 9/11, it looks like many more bosses were given a heads-up just before Covid-19 exploded!

Why Did Hundreds Of CEOs Resign Just Before The World Started Going Absolutely Crazy?

In the months prior to the most ferocious stock market crash in history and the eruption of the biggest public health crisis of our generation, we witnessed the biggest exodus of corporate CEOs that we have ever seen. And as you will see below, corporate insiders also sold off billions of dollars worth of shares in their own companies just before the stock market imploded. In life, timing can be everything, and sometimes people simply get lucky. But it does seem odd that so many among the corporate elite would be so exceedingly “lucky” all at the same time?

One financial publication is using the phrase “the great CEO exodus” to describe the phenomenon that we have been witnessing. It all started last year when chief executives started resigning in numbers, unlike anything that we have ever seen before. The following was published by NBC News last November…

Chief executives are leaving in record numbers this year, with more than 1,332 stepping aside in the period from January through the end of October, according to new data released on Wednesday. While it’s not unusual to see CEOs fleeing in the middle of a recession, it is noteworthy to see such a rash of executive exits amid robust corporate earnings and record stock market highs. Last month, 172 chief executives left their jobs, according to executive placement firm Challenger, Gray & Christmas. It’s the highest monthly number on record, and the year-to-date total outpaces even the wave of executive exits during the financial crisis. By the end of the year, an all-time record high 1,480 CEOs had left their posts. Hmmm. TEOTAD

Millions of locusts cover streets in Oman with footage showing ‘ground moving’ Devastating locust swarms continue to wreak havoc across East Africa and the Middle East in scenes described as "apocalyptic." Swarms of locusts have descended on Oman with footage showing what seems to be the floor moving after millions started crawling across the streets. The spooky video taken by Dominic Abu Hanna shows a road covered in the small insects. Locust swarms as big as 60km long have ravaged East Africa and the Middle East in recent weeks, destroying crops in areas already severely affected by food shortages. The latest footage was enough to freak out hundreds of viewers. Star

Tehran is lying to the international community about the number of citizens infected and killed by the coronavirus and imprisoning dissenters for speaking out, the U.S. State Department tells the Washington Free Beacon. "The regime has imprisoned dozens of Iranians for sharing statistics and forced hospital officials across Iran to falsify the number of cases and deaths," said State Department spokeswoman Morgan Ortagus. The Iranian regime claims the numbers of those infected and dead stands at 24,811 and 1,934, respectively. But the United States and other observers say there are far more casualties. In a bid to keep the actual infection rate and death toll secret, Iranian officials have resorted to violence and subterfuge. Their efforts include enlisting U.S. allies in a campaign to weaken the Trump administration's tough economic sanctions on the country, a move that could provide the regime with billions in cash. "We can be sure that the same regime that lied about shooting down a passenger jet and that still hasn't revealed the number of protesters killed last November is not being transparent with the number of cases and deaths from coronavirus today," Ortagus said, referring to Iran's downing of a commercial airliner last year that killed everyone on board.  WFB

Fired Americans Send Unemployment Websites Crashing Down When Aaron Garza was dismissed this week from his job as a parts specialist at a Toyota dealership in Grand Rapids, Michigan, he joined a tidal wave of unemployed people swamping systems to help them and straining state finances to the breaking point. On Monday, Garza went to Michigan’s unemployment website and tried logging on to apply for benefits electronically. After 30 minutes, he was able to sign on, but by the time a verification code was sent to his phone 25 minutes later, he had already given up. As of Tuesday afternoon, he still hadn’t been able to get through. The 24-year-old and his girlfriend, who also lost her job at a dealership, are confident they can make rent on the first of the month. After that, things could get dicey. “It will definitely lead to bigger issues very soon if we don’t get unemployment,” Garza said. More than 108,000 people filed for unemployment benefits in Michigan last week, 20 times more than normal. Across America, state-run insurance systems are buckling under the weight of the new coronavirus’ economic fallout. National jobless claims last week saw the biggest spike since the aftermath of Hurricane Sandy eight years ago, jumping 33% to 281,000. This Thursday’s figure could be as high as 3 million -- quadruple the record set in 1982 -- according to S&P Global Ratings. Yahoo

Is it working? The UK records 43 coronavirus deaths in past 24 hours compared to 87 yesterday... and new infections level out. The UK has recorded 43 coronavirus deaths in the past 24 hours compared to 87 on Tuesday, but new infections have increased by a record 1,452 to 9,529 as Britons continued to flout the lockdown. Twenty-eight more patients died in England, six more patients died in Scotland, five in Wales and four in Northern Ireland - bringing the total death toll to 465 in Britain. DM

The US has almost 70,000 confirmed cases and at least 1,050 deaths But New York state, the worst-affected, says social restrictions are slowing hospital admissions. BBC

Over ONE-THIRD of the world’s population under lockdown over Covid-19 – AFP tally. More than one in three people on Earth are now confined to their homes because of quarantine measures imposed by various nations to combat the ongoing coronavirus pandemic, AFP reports. A whopping three billion people must stay in their homes or limit their movements in some fashion, as countries around the world embrace ever-tighter quarantine restrictions to stem the spread of the deadly disease – which has already infected more than 416,000 people and claimed more than 18,000 lives globally. RT

Iran doing better than most countries in virus fight!
Larijani made the remarks while addressing the launching ceremony of drills by the Islamic Revolution Guards Corps' (IRGC) focusing on biological defence Although some advanced European countries, as well as the United States, enjoy more modern industries and scientific equipment, they have been facing a big plight dealing with the coronavirus, the speaker underlined. Coronavirus has confused them, Larijani said. The deadly coronavirus radiating from Wuhan, China, in December 2019 has affected thousands of people across the world, while over 9,000 have been killed. About 27,017 people in Iran are infected with the coronavirus, while the virus has killed 2,077 Iranians. IRNA

US deaths top 1,000 as $2.2 trillion in virus aid approved. NEW YORK (AP) — U.S. deaths from the coronavirus pandemic topped 1,000 in another grim milestone for a global outbreak that is taking lives and wreaking havoc on economies and the established routines of ordinary life. In a recognition of the scale of the threat, the U.S. Senate late Wednesday passed an unparalleled $2.2 trillion economic rescue package steering aid to businesses, workers and health care systems. The unanimous vote came despite misgivings on both sides about whether it goes too far or not far enough and capped days of difficult negotiations as Washington confronted a national challenge unlike it has ever faced. The 880-page measure is the largest economic relief bill in U.S. history. AP.

Dear Anonymous,
thanks for the info. This information " falsification of history "should be sent to as many people as possible.
More information you can check out. 12 experts question the corona virus panic.
Napoleon said "history is a set of lie's agreed upon."
Micah 2 verse 1-2