The North Atlantic Strikes Again! Storm Jorge follows Storm Brendan, Ciara and Dennis to batter Ireland and the UK for the 4th time in than 2 months with thousands of houses flooded or in danger of being flooded from heavy rain 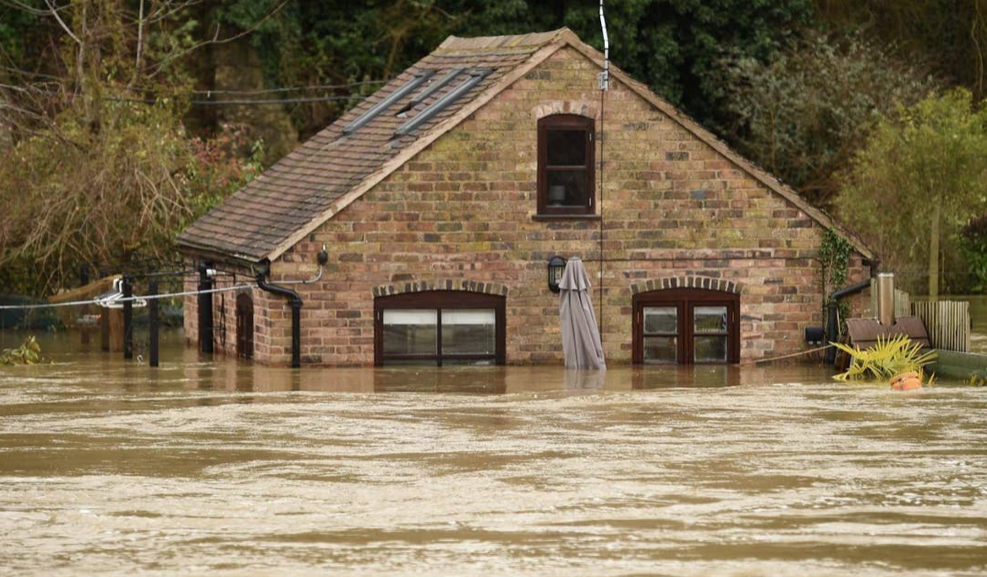 A part-submerged flooded home the swollen River Severn that broke its banks and breached emergency defences flowing under The Iron Bridge in Ironbridge, Shropshire AFP via Getty Images

Here comes the next North Atlantic massive storm. Storm Jorge follows Storm Brendan, Ciara and Dennis to batter Ireland and the UK for the 4th time in less than 2 months with thousands of houses flooded or in danger of being flooded from heavy rain in the last few days, in what has become another disastrous winter for the Brits. (These floods and storms have become commonplace in the UK in recent years)

Storm Jorge will bring heavy rain and strong winds to parts of the UK from Friday (tomorrow). Named by the Spanish meteorological service Agencia Estatal de Meteorología (AEMET) on Thursday, Storm Jorge will track across the north-west of the UK over the weekend bringing another spell of strong winds and heavy rain. The system will also bring a spell of strong winds to northwest Spain on Saturday, prompting AEMET to issue orange wind warnings and name the system.

Chief Meteorologist at the Met Office, Paul Gundersen, said: “This weekend we’ll see another named Storm bring strong winds to parts of the UK with several wind and rain warnings in place. “On Friday a band of rain associated with Storm Jorge will move across the UK - we have issued rain warnings for parts of Wales and northern England, where rain will be heaviest and we could see 60-80mm possible over the highest ground.

South-westerly winds will strengthen through Saturday morning and it’ll turn widely windy except for northern Scotland, with wind warnings in place for Northern Ireland, Wales, southern Scotland and much of England. Where warnings are in place gusts of 50-60mph are likely quite widely with 65-70mph possible in coastal areas, however, the strongest and most damaging winds are expected across the Republic of Ireland.” With rain falling on already saturated ground, further flooding is possible in many places.

Boy, Brexit sure brought the wrath of TPTB down on Britain. Stand strong Brits, we are all being attacked for our desire for freedom from the psychopath, sociopath, low IQ monsters who would stop at nothing to RULE the world.

My heart goes out to everybody affected (even the greedy fat 'cats' who don't even know what life means and is about - they think it's all about them and their pleasures and wealth). I hope the damages won't be too great and lives will be save.