The flood situation in Greater Jakarta, Indonesia, has worsened, authorities report 30 people have died since the current floods began on New Year's Eve with more than 100,000 evacuated 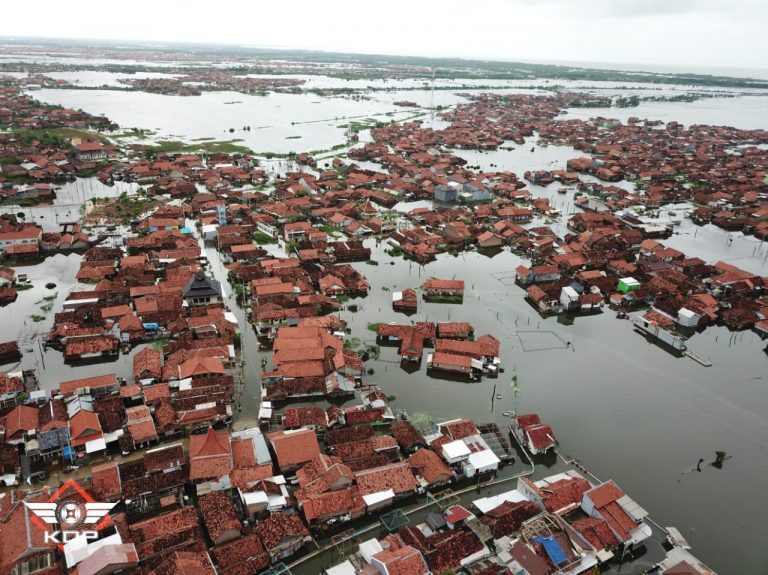 The flood situation in Greater Jakarta, Indonesia, has worsened, with disaster authorities reporting at least 30 people have now died since the current floods began on New Year's Eve.

Indonesia’s disaster management agency, Badan Nasional Penanggulangan Bencana (BNPB) reported on 27 February that 4 people have died in Bekasi City, 3 in Greater Jakarta and 2 in South Tangerang. Flooding has been affected by parts of Greater Jakarta over the last few days. As of 25 February, Karawang Regency and East Jakarta were the worst-hit areas. Since then flooding has affected areas of Bekasi City and the bordering Bekasi Regency, Subang Regency and parts of and Tangerang and South Tangerang in Banten Province. BNPB said that, as of 27 February, a total of 35,891 people had been displaced in the Jakarta metropolitan area (known locally as Jabodetabek), including 13,754 in Karawang, 8,582 in Subang and 7,106 in East Jakarta. Floodlist

The flooding started on New Year's Eve, almost 100,000 people were evacuated after flash-flooding killed up to 21 people in Indonesia's capital city Jakarta. Monsoon rains and rising rivers submerged at least 169 neighbourhoods and caused landslides in the Bogor and Depok districts on Jakarta’s outskirts, National Disaster Mitigation Agency spokesman Agus Wibowo said.
According to the Japna Times, floodwaters reached up to 2.5 meters (8 feet) in places. As much as 37 centimetres (14.5 inches) of rainfall was recorded in Jakarta and West Java’s hilly areas on New Year’s Eve, causing the Ciliwung and Cisadane rivers to overflow.
The flooding, among the deadliest in years, caused chaos in parts of Southeast Asia’s biggest city with train lines blocked and power outages in some areas. Swathes of Jakarta and nearby towns were inundated after heavy rain. TBW
Extreme Weather 2020
Front Page
at February 27, 2020