The first volcano eruption of 2020 belongs to Alaska! Shishaldin Volcano Alaska's colossus shot a cloud of ash more than 5 miles high on Friday 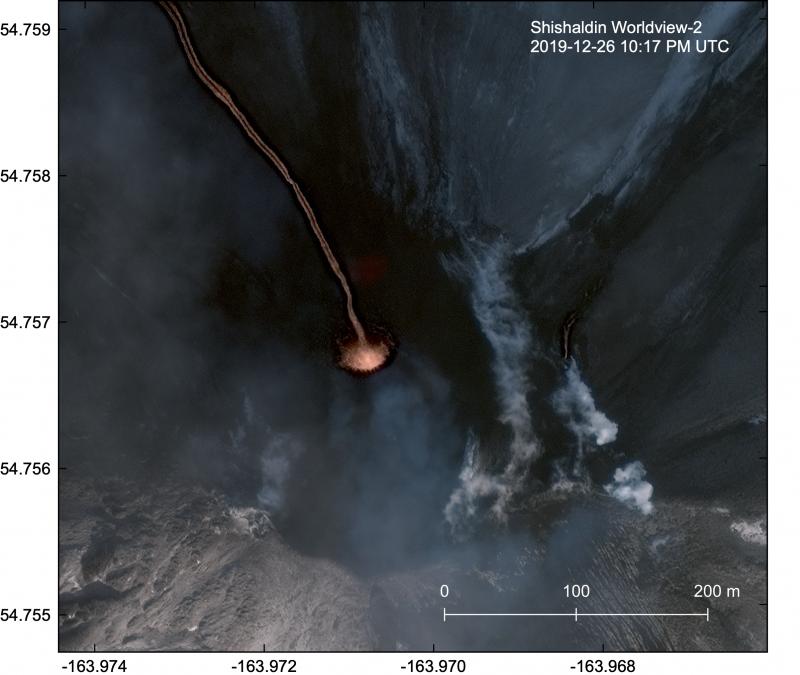 A volcano in Alaska’s the Aleutian Islands began erupting Friday morning, with a pilot reporting an ash cloud estimated as high as 24,000 feet, officials say. Shishaldin Volcano, which erupted briefly last month, was sending up a cloud of volcanic ash that was moving southeast at 50 knots, the National Weather Service said.

Shishaldin Volcano one of Alaska’s most active volcanoes, a towering ice-covered cone in the Aleutian Islands, shot a cloud of ash more than 5 miles high on Friday, triggering a warning to aviators and putting on a show that was captured in satellite imagery. The ash burst from Shishaldin Volcano, about 670 miles southwest of Anchorage, was part of an on-and-off, mostly low-level series of eruptions that began in July with a stream of lava from the crater at the peak of the 9,373-foot-tall mountain. The ash plume was spotted by a pilot and was visible in satellite images captured from space. It drifted over the sea at least 75 miles southeast of the volcano, the Alaska Volcano Observatory reported. Reuters

This morning (Friday), beginning about 9:30 AKST, seismicity at the volcano began increasing over a period of several hours and eventually led to a brief period of sustained ash emission resulting in an ash cloud that reached as high as 27,000 feet above sea level according to reports from passing pilots. The ash cloud consisted of a linear, directed ash plume that extended from the volcano to the southeast at least 75 miles. The ash cloud also produced minor amounts of volcanic lightning. Seismicity has abruptly decreased and for now, there appears to be no sign of continued ash emission. Satellite images of the volcano obtained throughout the week showed consistently elevated surface temperatures indicating continued effusion of lava. AVO