Deadly Storm Gloria batters Spain and France killing 9 with winds of up to 90 mph (144kmh) and waves up to 13.5 metres (44 feet) high. (spectacular video) 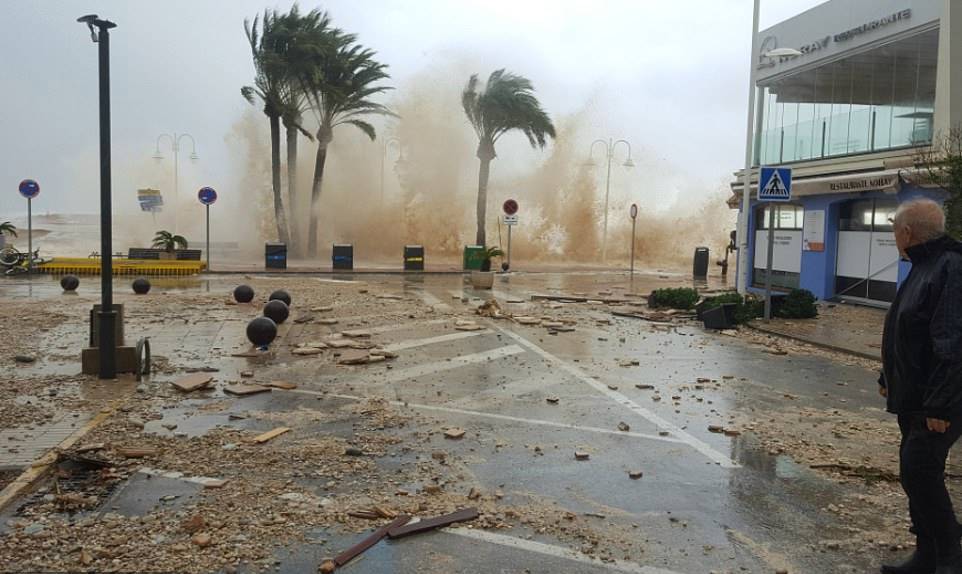 Nine people have died and four are missing after Storm Gloria continued to batter eastern Spain with high winds, heavy rain, snowfall and huge waves. The storm, which had left 220,000 people in the Tarragona region without electricity on Tuesday, began to shift away on Wednesday and is now battering southern France, however, some north-eastern and Balearic areas remained on orange alert.

A man died of hypothermia in Carcaixent, Valencia on Wednesday, while a woman was killed in Alicante province when her home collapsed. A farmer in Almería died after becoming trapped in a greenhouse during a hailstorm and another man was found dead in a flooded area a few miles inland from Benidorm. Gloria had claimed five other lives between Sunday and Tuesday with winds of up to 90 mph (144kmh) and waves up to 13.5 metres (44 feet) high.
xx
xx
Extreme Weather 2020
Front Page
at January 23, 2020