For the second time in a month and the 21st time this year the Philippines is battered by a typhoon: Typhoon Phanfone has left 16 dead with 30,000 stranded of evacuated 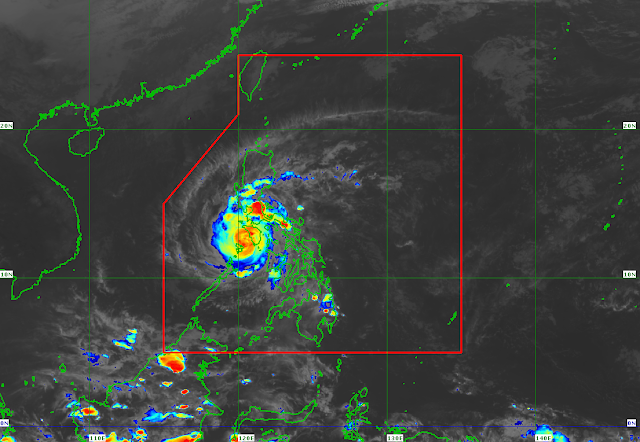 Christmas turned to chaos for many holiday observers in the central Philippines as a typhoon with strong winds and heavy rains destroyed homes, cut off power and stranded travellers, disaster officials said on Wednesday. Typhoon Phanfone, rated category 2 by Tropical Storm Risk, was packing maximum sustained winds of 120 km per hour (75 miles per hour) with gusts up to 190km/h (118 mph) and made landfall several times across various islands, officials say.

More than 4,000 people have been evacuated in the Eastern Visayas region of the central Philippines, disaster officials said, 16 deaths have been reported with many more missing. Another 25,000 passengers and 157 vessels were stranded in ports on Wednesday, and at least 60 domestic flights have been cancelled. Local media reported that 100 homes in the path of the storm were destroyed overnight. An average of 20 typhoons crosses the Philippines each year, with storms becoming fiercer in recent years. Phanfone, which gained strength as it barreled through the central region, is expected to exit the country on Today. 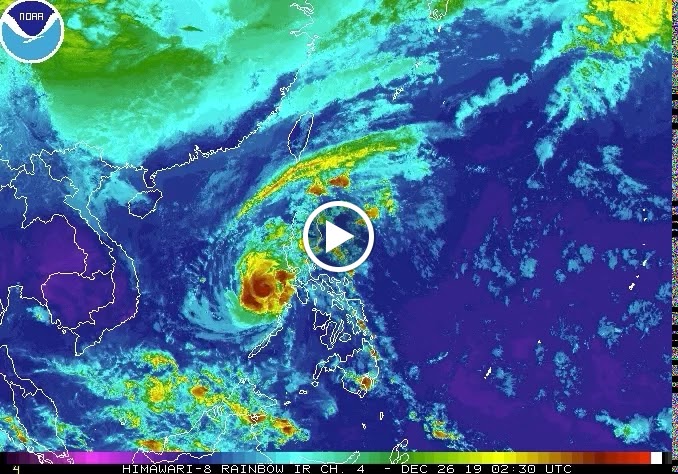 Giph NOAA
For the second time in a month, the Philippines are in the sight of a typhoon. Phanfone is locally known as Ursula in the Philippines. Incredibly, Typhoon Phanfone is the 21st tropical storm to enter the Philippines this year.
The death toll from the monster Typhoon Kammuri that hit provinces south of the Philippine capital Manila earlier this month rose to 10. Winds gusted up to 200 kph (124 mph) damaged homes and structures and left 350,000 people in evacuation centres. The monster storm, barreled through the central islands south of the capital.

The country's deadliest on record is Super Typhoon Haiyan, which left more than 7,350 people dead or missing across the central Philippines in November 2013. Poor communities reliant on fishing are some of the most vulnerable to fierce typhoon winds and the storm surges that pound the coast.