A 5.2-magnitude quake on Wednesday struck off Japan's Fukushima Prefecture were thousands of bags of radioactive waste and 1,000 tanks of dangerous radioactive contaminants are stored. 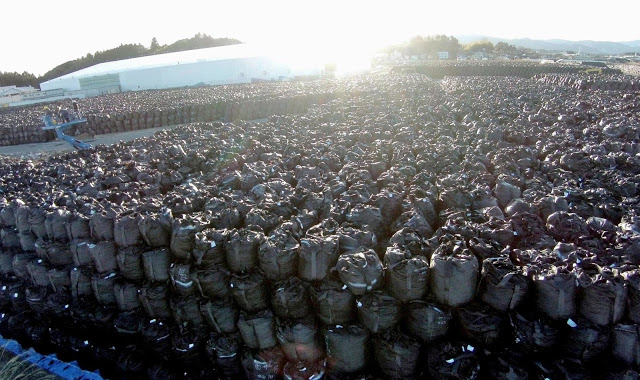 A 5.2-magnitude earthquake on Wednesday struck off Japan's Fukushima Prefecture, according to the Japan Meteorological Agency (JMA). The quake shows just how vulnerable the stricken plant is with thousands of bags of radioactive waste and 1,000 tanks of dangerous radioactive contaminants.

A system meant to purify contaminated water hs failed to remove dangerous radioactive contaminants at the stricken Fukushima plant according to Tokyo Electric Power Co, (TEPCO) the owners. Most of that water is stored in 1,000 tanks around the plant. TEPCO is already running out of space to store treated water. And should another big quake strike, (which is a question of when and NOT if), experts say tanks could crack, unleashing tainted liquid and washing highly radioactive debris into the ocean. During the summer of 2017, 50,000 trillion Becquerel’s of radiation leaked into the Pacific, however. Yesterday's quake is a timely reminder of just how dangerous the situation is at the Fukushima plant, it is literally a ticking time-bomb.