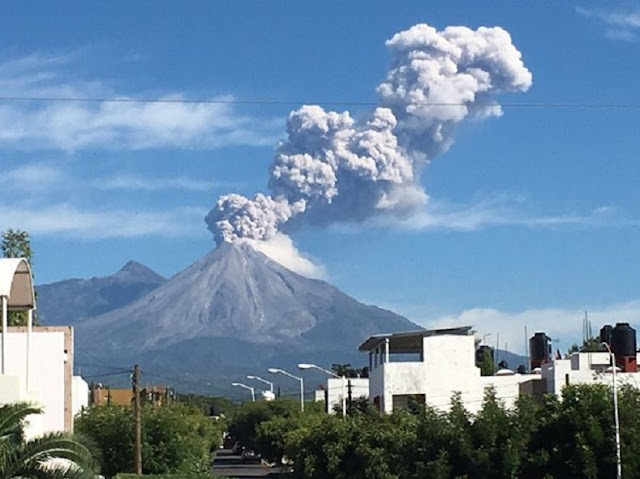 Guatemala’s most dangerous colossus the Fire, or Fuego volcano has been showing violent and eruptive behaviour since November the 19th. The latest eruption has spewed ash and gas emissions  This activity originates ash columns that reached approximate heights of 4,800 meters above sea level (15,748 feet) and travelled 20 km west and southwest.

The observations of the OVFGO, who are monitoring the seismic and acoustic activity of the Fuego volcano, show that there is a large increase in continuous activity. There is a big possibility that lava flows will be generated in the next few hours in the direction of any of the main canyons.

sent ash rocketing nearly four miles above its summit and generated a super-heated pyroclastic flow which wiped out many villages on the volcano's slopes. Guatemala's disaster agency claimed 200 people died.

Super-heated volcanic debris swept through small communities on the volcano's flanks with little warning for residents. Some homes were buried to their rooflines in ash.