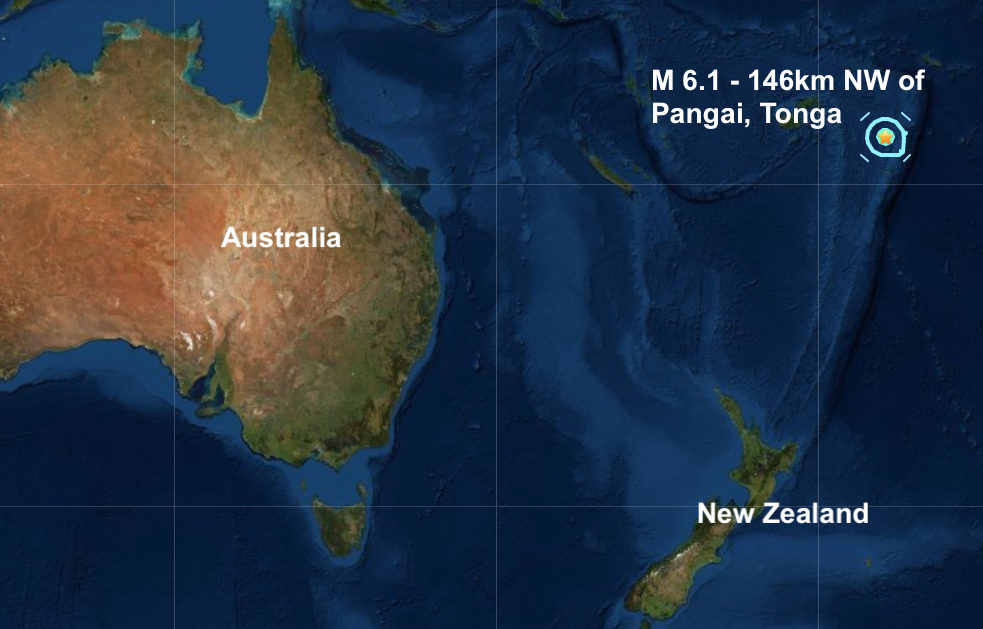 A shallow, (10km deep), magnitude 6.1 - 146 km NW of Pangai, Tonga last night was the 6th major quake of November. According to USGS, a green alert has been issued for shaking-related fatalities and economic losses. There is a low likelihood of casualties and damage.