A powerful magnitude 7.4 quake reduced to a magnitude 7.1 by USGS has rocked Indonesia with authorities issuing a tsunami alert 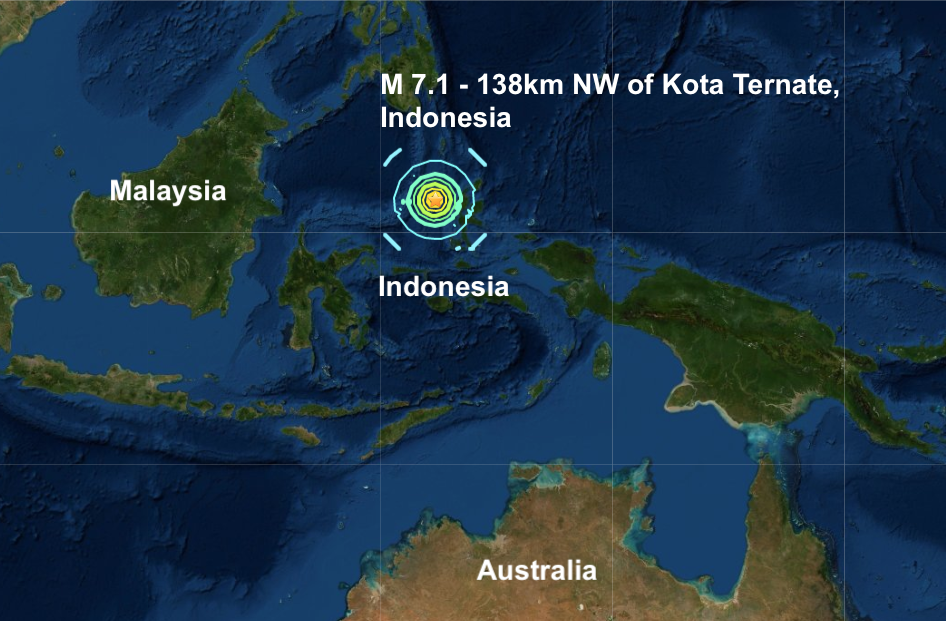 A powerful magnitude 7.4 quake reduced to a magnitude 7.1 by USGS has rocked Indonesia with authorities issuing a tsunami alert. The magnitude 7.1 struck-138km NW of Kota Ternate, Indonesia.
Apparently, the tsunami alert panicked locals to flee to higher ground, there are no reports of casualties or damage so far.