"If a small fraction of Arctic sea floor carbon is released to the atmosphere, we're f***ed." Arctic expedition see methane "boiling" on the surface of the water and is visible to the naked eye 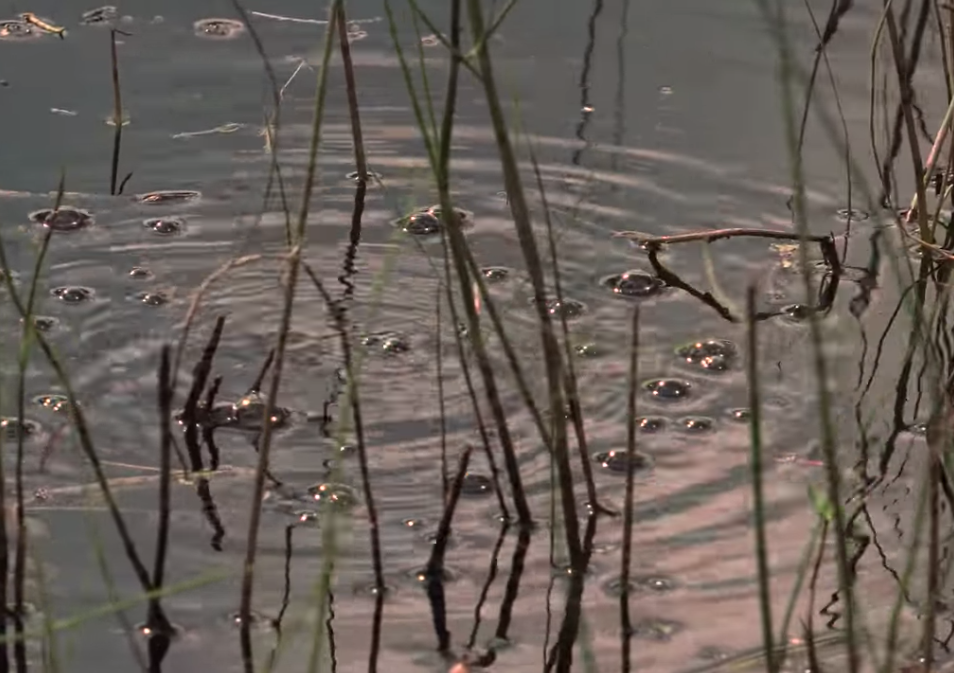 Russian scientists on an Arctic expedition have discovered, for the first time, methane "boiling" on the surface of the water that is visible to the naked eye. Forget high-tech detection devices, the methane is so pronounced that it can be scooped from the water in buckets, as Newsweek reported. The research team from Tomsk Polytechnic University (TPU) found the methane leak east of Bennett Island in the East Siberian Sea. The methane bubbles, which create a boiling appearance, spanned an area over 50 feet, as the Telegraph reported.

The concentration of atmospheric methane in that spot was 16 parts per million, more than nine times higher than the atmospheric average. While the observed area is too small to cause any problems, it does spell trouble for ships if the problem gets worse. Methane leaked into the atmosphere may cause larger swaths of water to boil more violently, which can topple oil and gas rigs in the seas and lead to spills. The gas, which is not as prominent as carbon dioxide, is 28 times as effective at trapping heat than CO2, making it a dangerous greenhouse gas, according to New Atlas.

While a lot of methane is released into the atmosphere from livestock and from fertilizer run-off, this methane manifested from underwater permafrost degradation, according to a TPU statement. Permafrost locks up a tremendous amount of methane. If the permafrost gets weaker and allows the methane to seep out, there is potential for further warming, according to IFL Science. "This is the most powerful seep I have ever been able to observe," said lead scientist Igor Semiletov, who has participated in 45 Arctic expeditions, in a TPU statement this week. "No one has ever recorded anything similar." Observations like those made by Semiletov and his team cause scientists to worry about a positive feedback loop. That is when global temperatures increase, which causes the permafrost to thaw and release greenhouse gasses. Then the greenhouse gases cause more warming, more thawing and more greenhouse gas emissions, according to Newsweek.

This latest discovery follows a troubling summer for Arctic permafrost. At the beginning of the summer, scientists observed that the Canadian Arctic is melting 70 years ahead of schedule, as EcoWatch reported. Semiletov warned that the sudden release of gases could cause serious harm to infrastructure, which would pollute the seas. "If we don't take into account research results about the condition of underwater permafrost, geological catastrophes similar to the (Deepwater Horizon) accident in the Gulf of Mexico could occur during exploratory and commercial activities, which would cause irreparable damage," he said.

The Telegraph reported that a recent Russian study discovered that the rate of melting of underwater permafrost has doubled over the last 30 years. The consequences have been massive releases of methane from the seafloor, including from formations of solid methane called hydrates that have the potential to explode if they are destabilized. Methane has also been credited for causing sinkholes and strange underground bubbles. In 2016, The Siberian Times covered these methane bubbles that have caused the ground to jiggle.

As long ago as 2016 NASA released a video of bubbling lakes releasing greenhouse gases into the atmosphere at unprecedented rates in the remote Arctic tundra, where warming continues to release greenhouse gases into the atmosphere at unprecedented rates. The international research team, funded by NASA as part of their Arctic-Boreal Vulnerability Experiment (ABoVE), recently published their results in Nature Communications. What they found are bubbling lakes as greenhouse gases are released from the previously frozen ground, leading to increased greenhouse gas emissions and warming positive feedback.

The Arctic is one of the largest natural reservoirs of organic carbon, trapped within the frozen soils. If a tree dies, say in the Amazon rainforest, it is quickly eaten (rot) away by bacteria, which respire the same as humans. As bacteria eat the tree they inhale oxygen and release carbon dioxide. Hence, the carbon taken up by the tree through photosynthesis is then released back into the atmosphere as carbon dioxide for the cycle to start all over again. However, in the case of the Arctic, when something dies (trees, algae, animals, etc.) they are immediately frozen. This, in essence, stops the carbon cycle as both bacteria and their food are frozen in place for potentially tens of thousands of years.

This means the Arctic continues to pack away carbon from the atmosphere and store it in frozen soil, which can be over 250 feet thick. However, when that soil begins to thaw, the bacteria wake up and find a feast of untouched carbon laid out for them, they begin to eat the carbon, releasing carbon dioxide and methane gas as they do.

In the NASA video what you see is the resulting carbon dioxide and methane gases released from the thawing of Arctic lake beds. As the sediment beneath these lakes begins to melt, they become greenhouse gas factories. In addition, the team investigated the presence of thermokarst lakes. These small pocket lakes are produced from melting permafrost. As permafrost in an area melts, it releases a large amount of water and since the ice has a larger volume than ice when permafrost melts the land in the area tends to sag. This small depression creates a small lake, which leads to faster melting of the permafrost and quicker release of greenhouse gases.

This sudden release of greenhouse gases triggers positive feedback as it adds to the overall warming. What the NASA funded researchers are finding is that this process can be quite abrupt, leading to a larger and quicker impact on global warming. Large releases of carbon are not decades or centuries away, they are rapidly happening today and with it, changing the landscape of the Arctic.