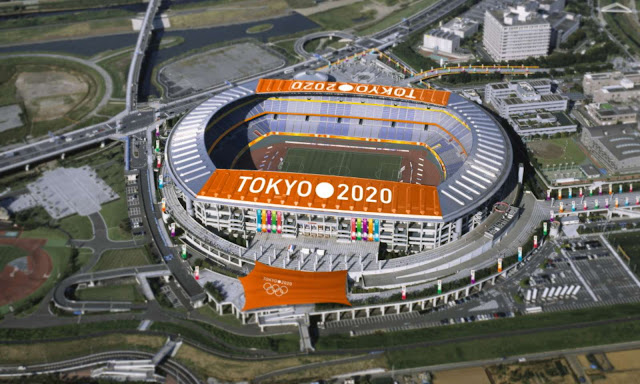 More than a million tons of radioactive water has built up at the Fukushima Nuclear Plant which was crippled during the 2011 earthquake and tsunami as operator Tokyo Electric (Tepco) tries to cool the melted fuel cores by pouring water over them. Tepco has said it will run out of tank space by mid-2022.
According to Reuters, The briefing for embassy officials in Tokyo follows a meeting in August of a government panel of experts looking into ways to solve the water problem. The final government decision will be made based on a report by the panel. Asked by one of the participating embassy officials about the timing of the panel decision, Japanese officials said such timing has not been fixed, according to a media briefing held later on the day. The briefing for diplomats was attended by 27 embassy officials from 22 countries and regions, including South Korea and the United States. No protests or demands have been made by the participating diplomats, according to the media briefing.

“With transparency in mind, Japan will continue providing the international community with information (on the Fukushima situation),” Koichiro Matsumoto, the Japanese Foreign Ministry’s director of international cooperation, told diplomats at the start of the meeting, the outset of which was open to media. The meeting comes after South Korea, locked in a trade and territorial rows with Japan, last month summoned a senior official from the Japanese embassy in Seoul, to ask about Japan’s stance on dealing with the Fukushima water. But a Japanese Foreign Ministry official told reporters that briefings for diplomats on the matter have been held more than 100 times since the March 2011 disaster, and the one on Wednesday was held to pass information discussed at the latest government panel meeting in August.

Large amounts of water contaminated with radioactive isotopes were released into the Pacific Ocean during and after the disaster. Michio Aoyama, a professor of radioisotope geoscience at the Institute of Environmental Radioactivity, has estimated that 18,000 terabecquerel (TBq) of radioactive caesium 137 was released into the Pacific during the accident, and in 2013, 30 gigabecquerel (GBq) of caesium 137 was still flowing into the ocean every day, (300 tons of radioactive water is leaking daily into the Pacific.) The plant's operator has since built new walls along the coast and also created a 1.5-kilometre-long "ice wall" of frozen earth to stop the flow of contaminated water, however, earlier this year TEPC announced this procedure had failed too. The worst-case scenario here is, Tepco still hasn't invented the technology to fix the problem and they could still be trying to fix the problem in 2060.

In November 2017, a study by the University of Hawaiʻi at Mānoa revealed almost 50% of fish consumed on the islands of Hawai’i were contaminated with caesium 134 the radioactive finger-print of Fukushima.
While the report declines to claim the Fukushima radioactive plume has necessarily reached the Hawaiian Islands it did reach the established fishing grounds across major migratory paths northeast of the islands…
The report also showed that migrating organisms can transport the Fukushima-signature (caesium 134) over significant distances as they showed detectable 134Cs (6.3±1.5 Bq/kg) in Pacific bluefin tuna caught off the California coast only a year after the incident.
Another study found caesium 134 in longfin tuna (Albacore) along the western coast of the US just one year after the Fukushima disaster.
Full details of the report below
In the Wake of Fukushima: RadiocesiumInventories of Selected North Pacific Fish
By Hannah R. Azouz and Henrietta Dulai*
Abstract
Thirteen commonly consumed types of fish caught in the North Pacific and locally available in Hawaii were analyzed using gamma spectroscopy to measure Fukushima-derived and historic 134Cs and 137Cs isotopes. All fish samples had detectable 137Cs above 95% Confidence Intervals. Three out of the thirteen samples had 134Cs, an isotope indicative of Fukushima releases, detected above 95% Confidence Intervals. The highest 134Cs and 137Cs concentration in the examined species were in ahi tuna carrying 0.10±0.04 Bq/kg and 0.62±0.05 Bq/kg, respectively. Other samples with 134Cs activities found above their 2-sigma uncertainty were albacore tuna and swordfish. Historic and Fukushima-derived contributions were evaluated and in several samples, the Fukushima-derived radiocesium dominated the total radiocesium inventory with up to 61% contribution. All activities were below derived intervention limits of 1200 Bq/kg and the doses to humans from consuming the fish attributable to radiocesium were 0.02-0.2  Sv, in comparison to 6-20  Sv contributed by the natural 40K present in the same fish
In the Wake of Fukushima: Radiocesium Inventories of Selected North Pacific Fish (PDF Download Available). Here

Fifty-six years after having organised the Olympic Games, the Japanese capital will be hosting a Summer edition for the second time, from 24 July to 9 August 2020, more than 9 years after the March 11, 2011 earthquake, tsunami and triple meltdowns at Fukushima Daiichi.
The 2020 Olympic Games is allowing the Japanese government to focus on the games while their unsuccessful attempt to clean-up the ongoing spread of leaking radioactivity from Fukushima approaches its first 10 years since the disaster.
According to the government of Japan the Fukushima site will be entirely cleaned and decommissioned in less than forty years, a date that will definitely slip AFTER the 2020 Tokyo Olympics are held, and one that is scientifically impossible since some radioactive isotopes will be spread across the Fukushima site and surrounding landscape for 300 years and others for 250,000 years.
Fukushima’s radioactive reactor cores have been in direct contact with groundwater for the last eight years, and then that highly toxic radioactive water enters the Pacific Ocean.

When the Olympic torch route and Olympic stadium samples were tested, we found samples of dirt in Fukushima’s Olympic Baseball Stadium that were highly radioactive, registering 6,000 Bq/kg of Cesium, which is 3,000 times more radioactive than dirt in the US.
We also found that simple parking lot of radiation levels were 50-times higher there than here in the US.
The bottom line is that to reduce cleanup costs while spending enormous funds on the Olympics, the government of Japan treats its 160,000 Fukushima evacuees as if they were radiation Guinea Pigs, forcing them to return to recontaminated areas to try and convince the world everything is ok, meanwhile making it difficult for serious scientists to accurately assess the effects of radiation on these evacuees.
The billions of dollars being spent on the Olympics would be much better used to help those displaced by the Fukushima Daiichi disaster.
Help these families find permanent homes and employment and new supportive communities far away from the contaminated areas that they are now forcibly being returned to.