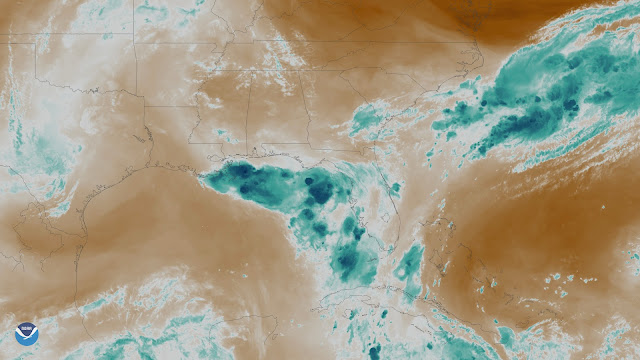 Credit NOAA
A storm is brewing in the northern Gulf of Mexico.
A broad area of low pressure, located just south of the eastern Florida Panhandle, is slowly moving westward over the Gulf of Mexico.
In this July 9, 2019, water vapour loop from NOAA’s GOES-East, the bright blue and white areas indicate the presence of high water vapour or moisture content.
This disturbance has a 90 per cent chance of developing into a tropical depression as it moves over the warm waters of the Gulf during the next five days, according to NOAA’s National Hurricane Center (NHC).
While most tropical storms originate over tropical or subtropical waters, this one got its start over the southeastern United States and made its way to the Gulf of Mexico. 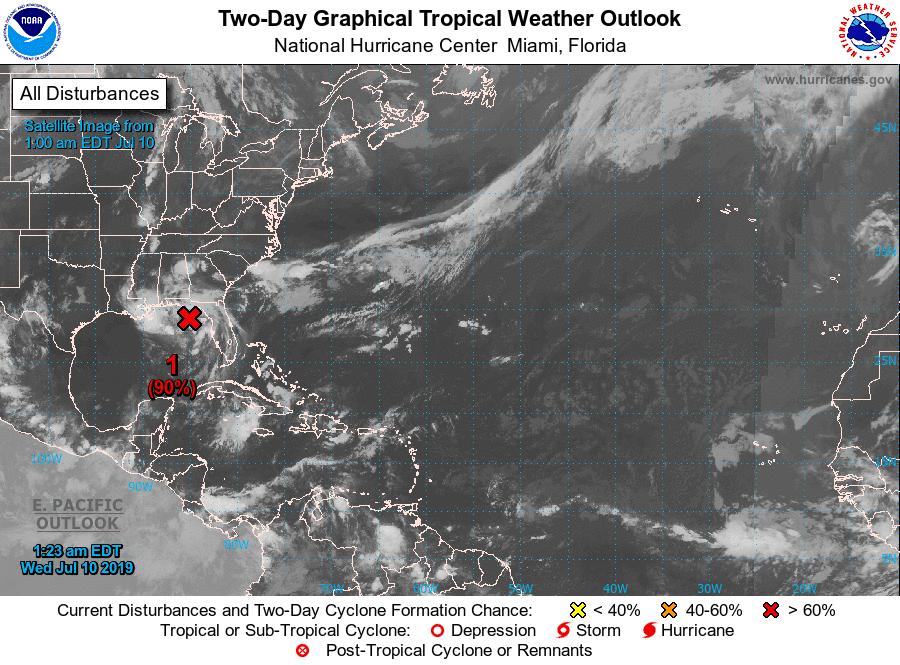 A broad low-pressure area located over the far northeastern Gulf of Mexico is producing widespread but disorganized showers and thunderstorms.
Environmental conditions are conducive for development of this system and a tropical depression is expected to form late today or Thursday while the low moves slowly westward across the northern Gulf of Mexico.
An Air Force Reserve Unit reconnaissance aircraft is scheduled to investigate the disturbance this afternoon.
This system could produce storm surge and tropical storm or hurricane-force winds across portions of the Louisiana, Mississippi and Upper Texas coasts, and interests there should closely monitor its progress.
In addition, this disturbance has the potential to produce very heavy rainfall from the Upper Texas Coast to the Florida Panhandle.