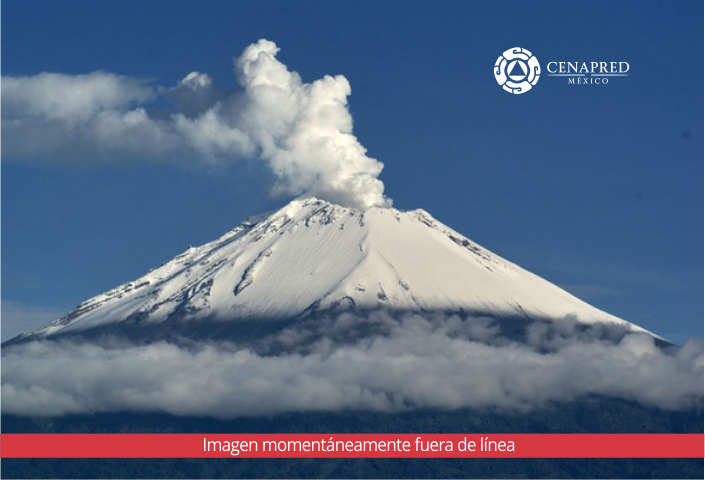 The Mexican colossus, the Popocatépetl Volcano, whose name is the Aztec word for smoking mountain and towers to 5426 m 70 km SE of Mexico City to form North America's 2nd-highest volcano is currently spewing a volcanic ash plume that rose up to an estimated 24,000 ft (7,300 m) into the Mexico sky.

July has seen an incredible uptick in volcano activity.

An earthquake swarm started on the evening of July 5 at the southern margin of Coso Volcanic Field in Inyo County, California.
The swarm activity was triggered by a magnitude M5.4 earthquake at 9:19 PM PDT located 20 km (~20 miles) ESE of Little Lake, which itself was likely an aftershock of the M7.1 earthquake that occurred about an hour earlier 17 km NNE of Ridgecrest, and south of the Coso area.
An average of about 30 earthquakes per hour has been detected since, most within the range of magnitude M1 to M3.
The California Volcano Observatory will continue to monitor the situation for any sign of volcanic activity and provide updates as warranted.

The Alert Level was raised at Hawaii's Mauna Loa Volcano, the World's Largest Active Volcano, last Tuesday.
Federal officials raised the alert level last Tuesday for the world's largest active volcano, Hawaii's Mauna Loa, which last erupted in 1984.
Meanwhile, at least 16 volcanic quakes and six rockfall events on the Mayon Volcano were recorded by the Philippine Institute of Volcanology and Seismology (Phivolcs), signifying a renewed abnormal behaviour since its last eruption in January last year. In its bulletin last Tuesday, Phivolcs said the volcano's seismic monitoring network recorded the quakes and rockfall events in the last 24-hour observation period.
Peruvian scientists are registering a 100 to 120 seismic events per day in the volcano of Ubinas, which is a sign of increasing eruptive activity of the volcano, Hernando Tavera, executive president of Peru's Geophysical Institute (IGP), told Sputnik.
Last week, IGP warned about the intensified eruptive activity of the Ubinas volcano and issued a recommendation for local authorities to raise the alert level over a possible eruption. "Currently we are registering from 100 to 120 seismic events in Ubinas, while earlier we recorded one [seismic event] per day ...
At the same time we should take into account that Ubinas is a very active volcano," Tavera said.
He added that Ubinas was the most active volcano in Peru.
Mount Merapi, which located at the border area of Yogyakarta Special Region and Central Java, spewed a lava avalanche last Sunday up to 850 meters in distance, according to the Geological Disaster Technology Research and Development Center (BPPTKG).
Lava avalanche monitored by surveillance cameras during the observation period from 12:00 to 6:00 a.m Western Indonesian Time (WIB) was flowing upstream of Gendol River, the Head of BPPTKG Hanik Humaida stated. During the observation time, there were also two volcanic earthquakes monitored with amplitude ranging between 4 to 27 millimetres and lasting between 41.8 to 85 seconds.

On Friday, a volcano on the island of Stromboli, Italy erupted, throwing ash high into the sky, with tourists reportedly throwing themselves into the sea in panic.
Italy's ANSA news agency reported that tourists, frightened by the unexpected explosion on the small Mediterranean island, had thrown themselves into the sea.
June saw a large uptick in volcano activity accompanied by a spike of major quakes around the Pacific Ring Of Fire.
A total of 18 major quakes with all of them recorded around the Pacific Ring Of Fire were registered in June, the largest number of major quakes recorded in one month this year.
A total of 82 major quakes have been recorded this year so far as the uptick continues.