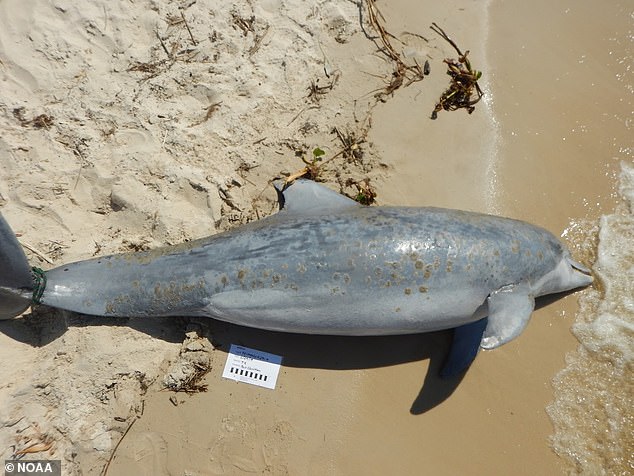 More than 260 dolphins have been found stranded along the northern Gulf of Mexico since February 1st.
According to The National Oceanic and Atmospheric Administration, that's three times the usual amount.
The increase has prompted NOAA Fisheries to declare an Unusual Mortality Event.
This declaration allows an investigative team to look into the high number of dolphin deaths stretching from Louisiana through the Florida panhandle.
Dr Terri Rowles, NOAA Fisheries Coordinator, has issued a statement informing the public what to do if they come into contact with any stranded mammals.
"It's important that the public not approach any marine mammal in distress and not approach or disturb carcasses.
You can hurt yourself, as well as the animal, not to mention it's illegal."
NOAA urges anyone who finds a stranded dolphin to call 1-877-Whale-Help.
Of the mammals they've been able to perform necropsies on, 23-percent have shown skin lesions consistent with fresh water.
There are concerns the recent openings of the Bonne Carre Spillway has increased the amount of fresh water and pollutants into the Gulf, which could be contributing factors.
"There's a number of factors that we'll be looking at as part of this investigation, but it's too early at this point to say what may be causing the mortalities," said Dr Erin Fougeres with NOAA Fisheries Southeast Region.
The area where the Dolphins have shown an increase of deaths includes the area where the Deepwater Horizon Explosion impacted the gulf in 2010.
Rowles says previous studies have shown abnormal reproduction rates of mammals from the oil spill. "As part of this investigation, working to investigate whether the event could be related or partially related to any long term effects from the oil spill."
Of the 260 recorded dolphin deaths, Louisiana has reported 89, Mississippi 121, Alabama 32 and Florida 37.