"How soon is now?" The cities around the world which have almost run out of drinking water affecting millions and it is getting worse 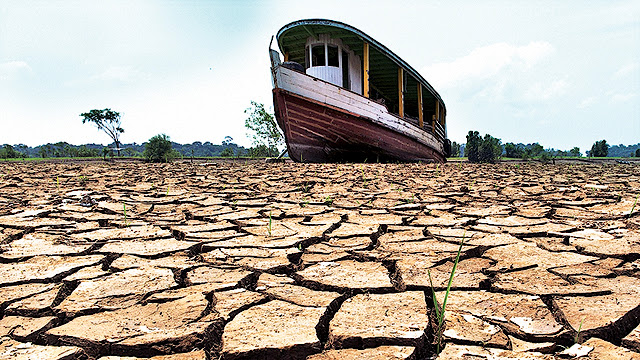 The world’s largest underground aquifers a source of fresh water for hundreds of millions of people are being depleted at alarming rates, according to new NASA satellite data that provides the most detailed picture yet of vital water reserves hidden under the Earth’s surface.
Twenty-one of the world’s 37 largest aquifers in locations from India and China to the United States and France have passed their sustainability tipping points, meaning more water was removed than replaced during the decade-long study period.

Zimbabwe's capital, Harare, says it will limit running water to two days a week due to a drier-than-normal rainy season.
The aim of water rationing is to help distribute water equally among Harare residents, said Mike Chideme, the Harare Town House spokesman.
"We did not receive enough rainwater this season," Chideme said.
"That has also negatively affected our capacity to deliver water to the people, so this is a natural cause.
Some of our supply dams and water levels are low, and the water is heavily polluted.
The water demand management program will actually improve on the health of the people in Harare in that we will equitably distribute the resource that is available, unlike in a situation where some areas go dry 24/7.
But this time around, all areas will have a fair share of water available."
However, the plan has sparked fears of water-borne diseases such as cholera and typhoid in the city as people turn to unprotected water sources.
Benedict Mupokosa, 68, who is from Budiriro, the epicentre of last year's cholera outbreak, says water shortages happen far too often.
Each day, he fetches over 100 litres (26 gallons) of water from a nearby borehole that was drilled last year by an international aid organization.
He fears the worst with the two-day water supply plan.
"Why when we have got water in the lake and it's not getting to the people?
Why?" Mupokosa said.
"They have to give the reason.
It's bad because cholera is next door [near unhygienic conditions].
It can come back anytime because people without proper sanitation will definitely be affected by cholera.
That's bad."
Hardlife Mudzingwa of Community Water Alliance, an advocate for the provision of safe, clean water in Zimbabwe, fears more and more people will turn to unprotected water sources.
The group argues the government should ensure alternative water supplies are safe.
"The human right to water has been greatly infringed," Mudzingwa said.

A year ago, Bouake, population 1.5 million, Ivory Coast's second-largest city was the first city in the world to run out of water
For months the world was told Cape Town in South Africa would be the first city in the world to run out of water but with a daily water ration of 25 litres (6.6 USA gallons) allowed per day (single toilet flush uses nine litres) Cape Town's "Day Zero" has been put back to some time 2019.
Thousands of kilometres (miles) away, another African city has had far less luck -- and much less attention for its ordeal.
According to afp.com, located in grassy savanna around 400 kilometres (250 miles) from the Ivorian economic capital of Abidjan, Bouake is a city of more than half million souls, with a million more in the surrounding territory.
The area has been hit by a double whammy. The dammed lake that supplies 70 per cent of the city's water has run dry.
One factor is an unprecedented drought that has gripped the region -- a phenomenon in line with expert warnings about climate change.

At the then, current rate of consumption, officials warned April 29, 2018, was to become Day Zero, the day the city’s taps will be turned off, meaning Cape Town was to be the first major city in the world to run out of water.
On January the 1st 2018 residents of South Africa's bustling city of Cape Town, home of nearly 4 million people celebrated the start of a new year with stringent new water regulations.
The Level 6 restrictions came into effect to combat an unprecedented drought which threatens to make Cape Town the first major city devoid of water.
Poor management and planning have brought on Cape water crisis according to some.
As much as climate change has most certainly brought in a huge negative effect, poor water management and lack of planning have played a large role too.
For the past seven years, a huge increase in the volumes of tourists visiting Cape Town has also affected the decrease in water, according to officials.
According to Reuters, 2018 will see agricultural water to be reduced by 60 per cent and commercial use by 45 per cent, compared to pre-drought allocations.
The drought and water stress across most of South Africa follows a strong El Niño in 2015 and 2016.
The weather pattern — characterized by warmer-than-normal ocean water in the equatorial Pacific — resulted in extreme heat and spells of dry weather.
“The city of Cape Town could conceivably become the first major city in the world to run out of water, and that could happen in the next four months,” Dr Anthony Turton, a professor at the Centre for Environmental Management at the University of the Free State, told the New York Times.
“It’s not an impending crisis — we’re deep, deep, deep in crisis,” he said.
Dam storage levels are at 31%, with usable water at 20%.
The City of Cape Town's rationing intervention is starting to have an effect on consumption but water usage must be reduced further.
Consumption is at 585-million litres of collective usage per day.
Recently rainfall has reduced the threat and April 29, 2018, has been postponed.

Wrangell Alaska had declared a water emergency and could be the 2nd city to run out of water this year along with Cape Town in SA, last year.
City officials said last March the Southeast community had about one month of supply left.
The city said it will "aggressively monitor and strictly enforce" water restrictions for residents.
These mandates include no outside water usage, fixing plumbing leaks and reducing everyday consumption.
"Obviously nobody's watering anything outside yet because it's still too cold.
But there's going to be an urge to want to wash your cars," city manager Lisa Von Bargen said.
Residents who don't comply will get a verbal and written warning.
Further violations could bring a $500 fine.
The city issued a red alert.
This comes less than three weeks after it announced a lesser yellow alert.
The water shortage is two-fold.
There isn't enough raw water because the island hasn't gotten much rainfall.
And, the water treatment plant isn't cutting it.
Through its filtration process, it's losing hundreds of thousands of gallons a week.
Further South on the Western Coast last March, parts of Oregon where declared a drought emergency after low levels of rain.

In recent years, California faced a drought that lasted years, Australia survived the millennium drought, and Sao Paulo faced a water shortage crisis in 2015 due to both drought and inefficient infrastructures.