More heat records tumble as the heatwave shows no sign of dwindling causing wildlife deaths, bushfires and an increase in hospital admissions in Australia 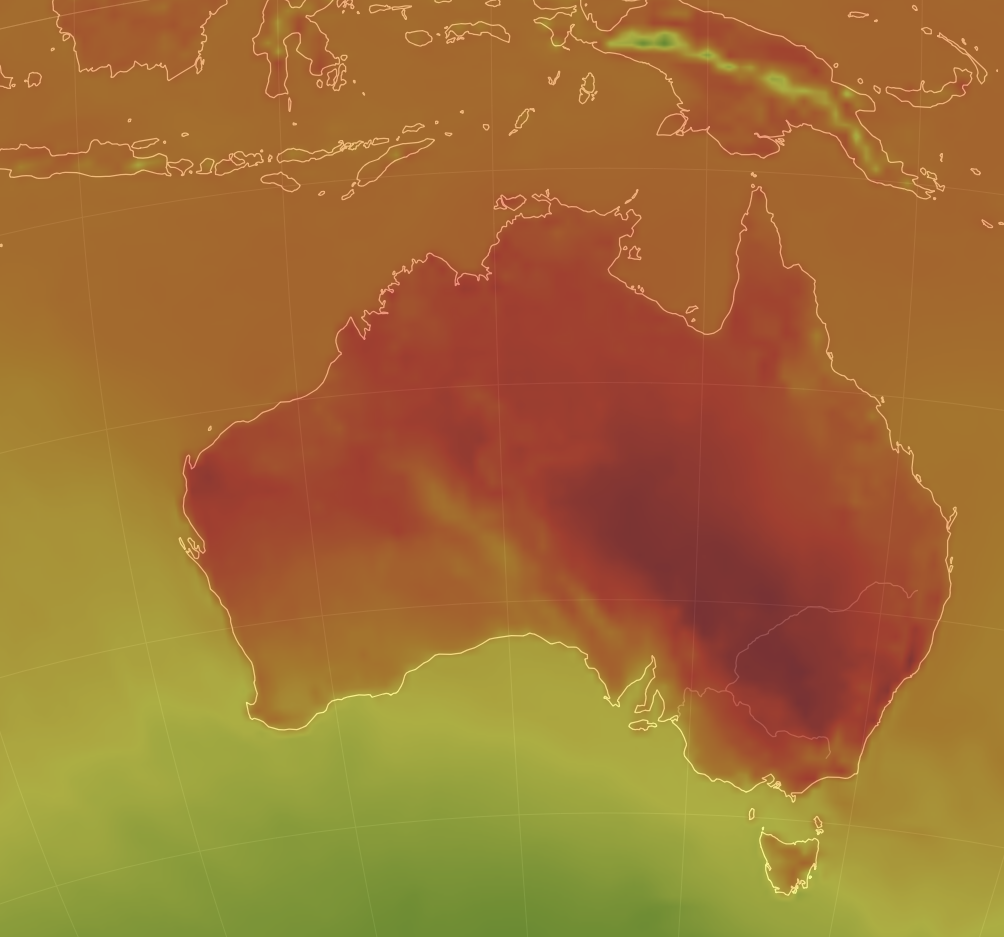 Earthwindmap
Temperatures still rising in Australia as heatwave peaks after a record-breaking night
It is the hottest heatwave since records began and it is not going away any Australia has just sweltered through at least five of its 10 warmest days on record, authorities estimate.
An extreme heatwave has afflicted the nation since Saturday, causing wildlife deaths, bushfires and an increase in hospital admissions.
Meteorologists say that the heatwave has broken heat records at more than 10 places around Australia, largely central inland locations.
It appears it is only a matter of time before the mercury smashes through the 50 deg C ( 122 deg F) barrier.
The record-setters included the outback town of Tarcoola in South Australia which soared to 49C on Tuesday and Port Augusta in South Australia which reached 48.9C.
According to, the Bureau of Meteorology (BOM), the town of Noona in New South Wales meanwhile recorded a night-time temperature of 35.9C.
It was the highest minimum temperature ever recorded anywhere in Australia, BOM said.
Temperatures on Friday will soar above 42C in "broad areas", the bureau predicted, before a cool change in southern and central areas of the country over the weekend.
However, parts of Western Australia are expected to see temperatures up to 14 degrees higher than average.
According to the BBC, forecasters have compared conditions to the nation's worst heatwave in 2013, where the mercury soared to 39C for seven consecutive days.
The hottest day on record for Australia is 7 January 2013, when the national average maximum temperature was 40.3C.