10 feet more, than 3 metres of snow, more than the whole January average and record lows with -9F (-23C) in sunny Greece leaves central Europe in chaos 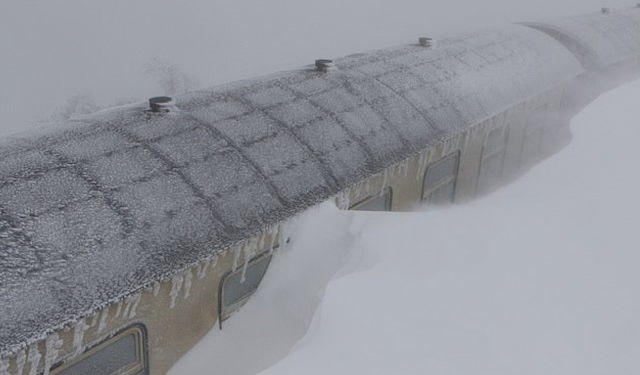 Austria is expected to face 10 feet, more than 3 metres of snow in the next few days as fierce winter weather continues to strike central Europe this week.
Parts of Austria have already had more snow this month than they usually do in the whole of January, with more snow expected before the weekend.
The tourist season in the Alps has also been hit with more than 1,000 miles of ski slope and 450 ski lifts closed because of the weather.
The cold weather has blasted Greece where temperatures reached record lows with -9F (-23C) recorded in the city of Florina on Tuesday night.
There has been a huge amount of snow falling across the northern European Alps over the past couple of weeks with resorts in Austria bearing the brunt of the storm.
While there have been a few epic powder days in some resorts, there is literally too much snow in other areas with roads and train lines cut.
We've been talking about big snowfalls in Whistler, California, and Japan, but the seven-day totals in parts of Austria are really impressive - the resort of Tauplitz reporting over three meters (10 feet), while Solden's upper slopes now have a base of over four meters after 70cms fell in the past few days.
There are reports of some great powder skiing in the trees in the Salzburg and Arlberg regions but the avalanche danger in many Austrian resorts further north is very high, up at level 4, which is one below the maximum of five.
Many resorts have closed the exposed, upper terrain with skiers advised to ski below the tree-line. Thousands of people are snowed-in as a number of resorts and villages have been cut off with roads and train-lines closed due to snow or the risk of avalanche.
The amount of snow on the upper slopes and fear of avalanches led to the entire resort of Hochkar, located in eastern Austria, being evacuated on Monday.
Unfortunately, there have been up to 14 fatalities associated with the storm, with two skiers killed in separate avalanches in the western Austrian province of Vorarlberg on the weekend and another skier died after being caught in deep snow.
A couple who went missing while snowshoeing on Sunday was found dead on Monday near Salzburg in Central Austria.
A man was also killed by a falling branch in Germany.
The consistent snowfalls continued this week with another 60 to 100cms expected for the northern Alps of Austria from Tuesday through to Thursday evening.
Parts of Switzerland, Germany, and Czechoslovakia are also receiving big snowfalls but the same cannot be said for France and Italy as the Western Alps have received little or no snow.