A powerful mag 7.3 Earthquake off the coast of Venezuela and a mag 6.5 near Vanuatu strike as Earth is inside another stream of solar wind 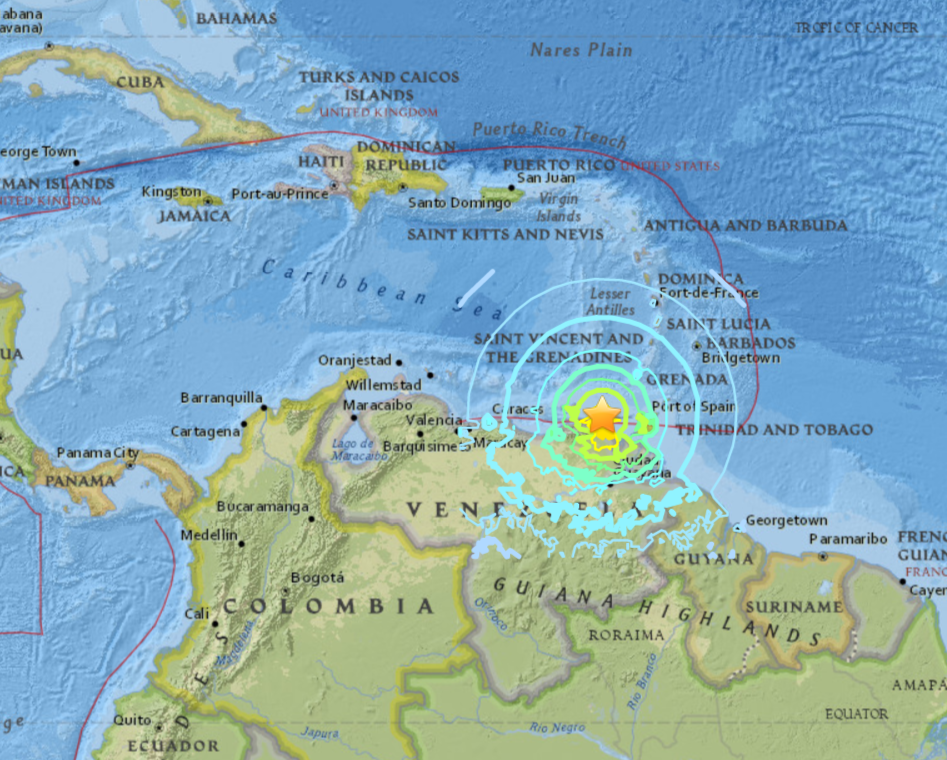 USGS
An extremely powerful magnitude 7.3 Earthquake - near the coast of Venezuela and a magnitude 6.5 - 79km E of Lakatoro, Vanuatu is the 16th and 17th major quake of an incredible August so far,
and once again the quakes come as our Earth is inside a stream of solar wind flowing from a massive coronal hole.

The major earthquake of a magnitude 7.3 struck Venezuela’s eastern coast, home to largely poor fishing communities, on Tuesday afternoon, shaking buildings as far away as Colombian capital Bogota and knocking power out in parts of Trinidad.
Meanwhile, the magnitude 6.7 earthquake struck just north of Ambrym Island in the Pacific Ocean archipelago of Vanuatu on Wednesday, the U.S. Geological Survey said.
The shallow quake’s epicentre was located just a few miles off the northern tip of sparsely populated Ambrym.
Today's two major quakes bring the total in August to 17, easily the most in one month this year with the annual total to 68.