A magnitude 6.1 Earthquake - South Sandwich Islands region is the 4th major quake in August and brings the total this year to 57 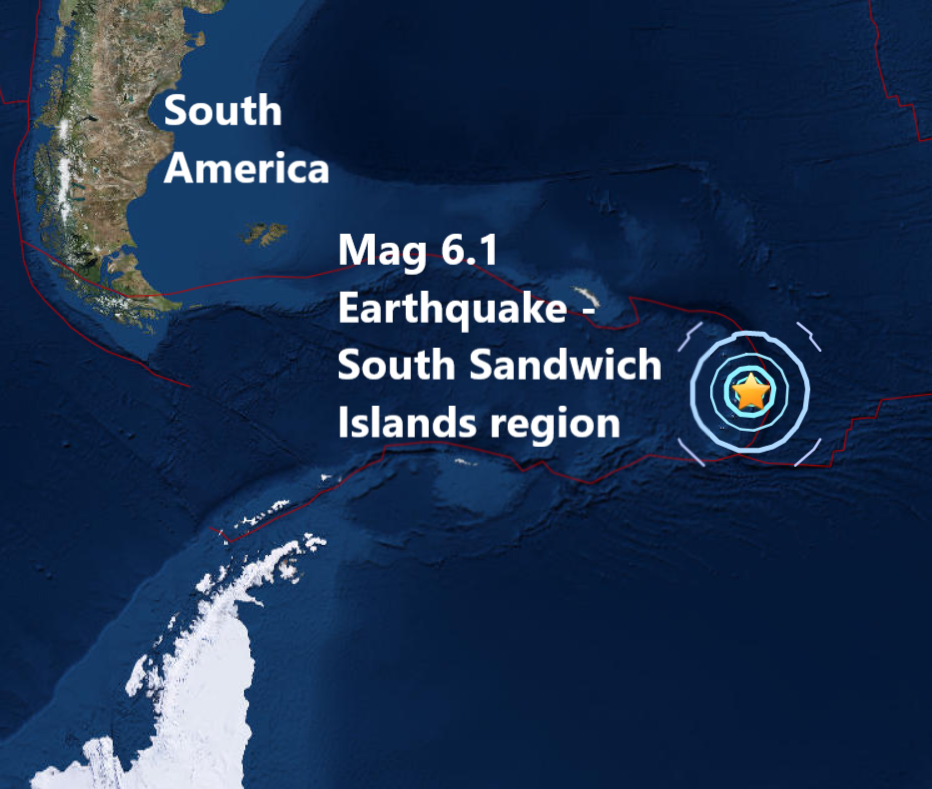 A magnitude 6.1 Earthquake - South Sandwich Islands region is the third major quake in the last 24 hours after a magnitude 6.4 and a magnitude 6.0 struck Alaska's village of Kaktovik which is part of the Arctic National Wildlife Refuge where the Trump administration plans to allow oil drilling, but no injuries or damage were reported.
This mornings tremor bring the total to 4 major quakes in August and brings the total this year to 57 which is 4 less than at the same stage last year.