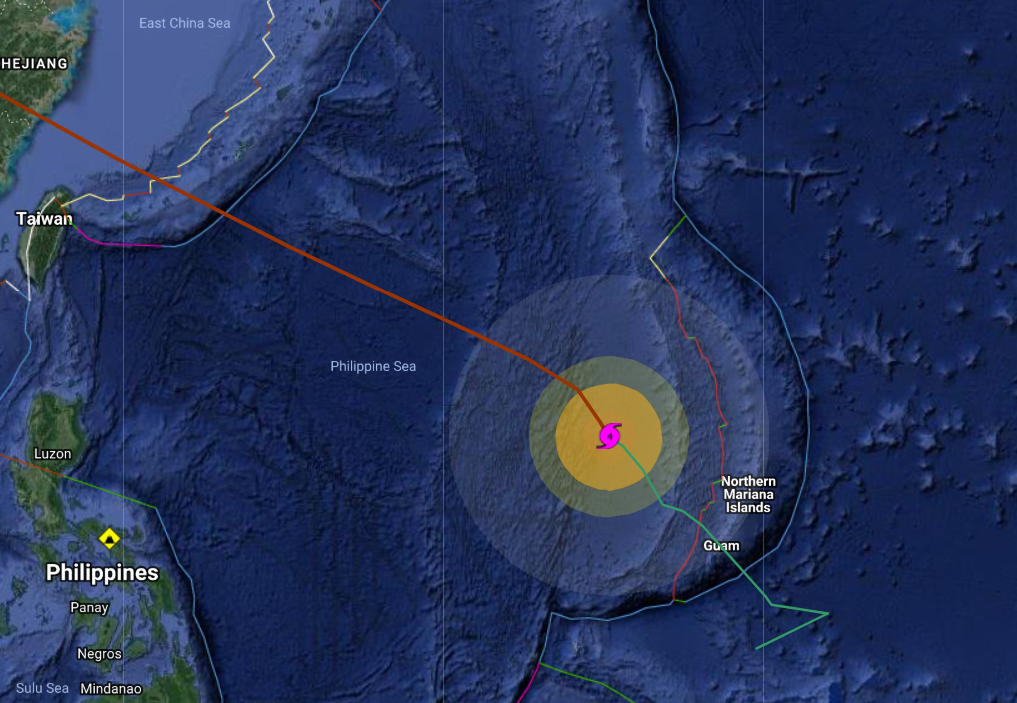 RSOE Alertmap
The powerful super typhoon Maria is expected to barrel across Japan’s Ryukyu Islands and eastern China as a dangerous typhoon Tuesday through Thursday of next week.
According to AccuWeather.com, Maria will remain a powerful super typhoon through this weekend as it churns northwestward over the Philippine Sea.
No land masses will be directly affected, but dangerous seas being stirred can force ships to alter their courses.
Delays in shipments may result.
This weekend is when residents and visitors in Maria’s path next week we will need to make the necessary preparations and heed any evacuation orders.
Lives and property will be threatened when Maria ploughs through Japan’s Ryukyu Islands around Tuesday (local time) before making landfall in eastern China at midweek.
Hundreds of thousands of people were evacuated this week as“historic” rain (two months rainfall in just one morning) hit parts of Japan.