The world's hottest April day ever at 122.4F (50.2C) belongs to Pakistan but the rest of the globe is also witnessing very strange weather 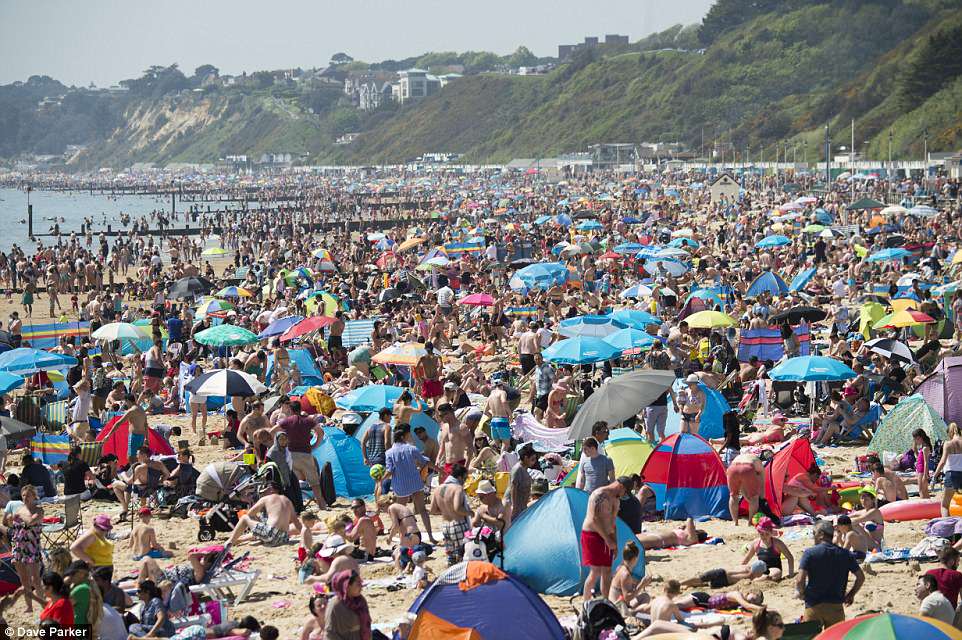 Costa Del Bournemouth photo credit Dave Parker
Last week Pakistan experienced the world's hottest April day on record, with temperatures peaking at 122.4F (50.2C), according to experts.
The Pakistan Meteorological Department confirmed the extreme temperature was recorded in the city of Nawabshah on Monday, April 30, potentially making it the hottest April temperature ever witnessed on Earth.
Today England experienced it's warmest May day ever when the mercury hit 84F (29C) on it's May Bank Holiday with Holland to have it's hottest May day tomorrow with temperatures around 30C, 86F
And yesterday almost 200 feral horses died in a heatwave around a dried up pond in Navajo land in northern Arizona, according to tribal leaders, the victims of overpopulation and dwindling water resources.
People who live in Phoenix know it's hot in the desert, but that doesn't mean anyone is welcoming the excessive heat warning that predicts a sweltering 108 degrees on yesterday.
That warning is about a month earlier than normal.
California is also experiencing a heatwave (after unseasonably cold, a familiar story around the world at the moment)
On May 4, a record was set for the maximum temperature since 1911 reported in Kiev, Ukraine - in the afternoon the thermometer rose to + 30.1 ° C.
This year, the night of May 2 in Kiev was also the warmest for the last 137 years.
With the warmest April day in the UK two weeks ago since 1949 and the hottest week in April ever in Holland with the mercury hitting 30 deg C 86 deg F, the temperatures suddenly dropped off the cliff, snow and frost in the UK near zero temperatures in Holland.
Two weeks ago snow fell in North Africa, southern Spain, southern France and Italy in Europe.
The entire mid-west plains of the US was wiped out due to a massive "spring" snowstorm and temperatures pushing 50 deg C (122 deg F) in India, Pakistan and the Philippines you would be forgiven for thinking the weather was acting a little strange recently?
Tomorrow the temperature in the UK will again dive to unseasonable cold as will Holland and parts of Europe the day after...What is going on?