"Frankenstein's monster!" Scientists manipulate a natural enzyme to eat plastic which takes hundreds of years to break down in just days 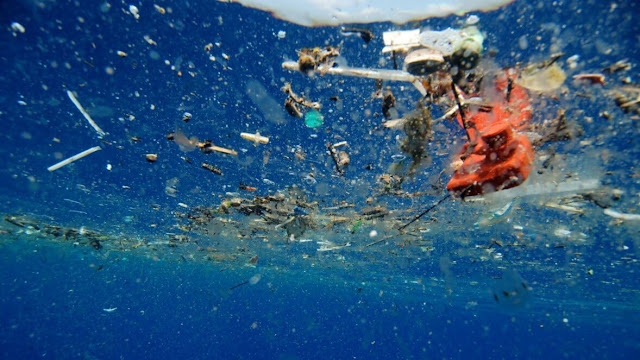 Photo brisbanepowerhouse.org
It is considered one of the cleanest places on the planet however analysis of plastic waste washed up from Lake Geneva has revealed hazardous levels of bromine and cadmium that presents a clear threat to humans and wildlife.
Researchers also detected high concentrations of mercury and lead among the litter.
Switzerland has an international reputation for cleanliness and pristine landscape, but a team of scientists from the University of Geneva and Britain has revealed that the lake is as susceptible to plastic waste problems as the ocean.

But don't worry folks, help is just around the corner, scientists have improved a naturally occurring enzyme which can digest some of our most commonly polluting plastics, yes, scientists have manipulated a natural enzyme to eat plastic, 'WHAT COULD GO WRONG?'
Originally discovered at a dump in Japan, the enzyme is produced by a bacterium which "eats" PET, the strong plastic commonly used in bottles, which takes hundreds of years to break down in the environment.
According to the BBC, The modified enzyme, known as PETase, can start breaking down the same material in just a few days.
This could revolutionise the recycling process, allowing plastics to be reused more effectively.
Meanwhile back in Switzerland, the team analysed 3,000 objects, such as toys, pens, cotton swabs, food packaging and fragments of foam and polystyrene that washed up on the shores of the lake. Some 600 waste objects were also x-rayed in the laboratory.
The bromine content of 19 articles was above the European Union limit while dangerous levels of cadmium were found in 57 articles.
Lead was detected in a quarter of all objects, with 65 showing levels above the EU threshold.
Publishing the results in the 'Frontiers in Environmental Science external link' journal, researchers said many objects had likely been floating in the water for a long time.
The report's authors warned that the plastic waste represents a threat to wildlife, either by eating or becoming entangled in objects, or through contamination by toxins.

A bacterium that degrades and assimilates poly(ethylene terephthalate)