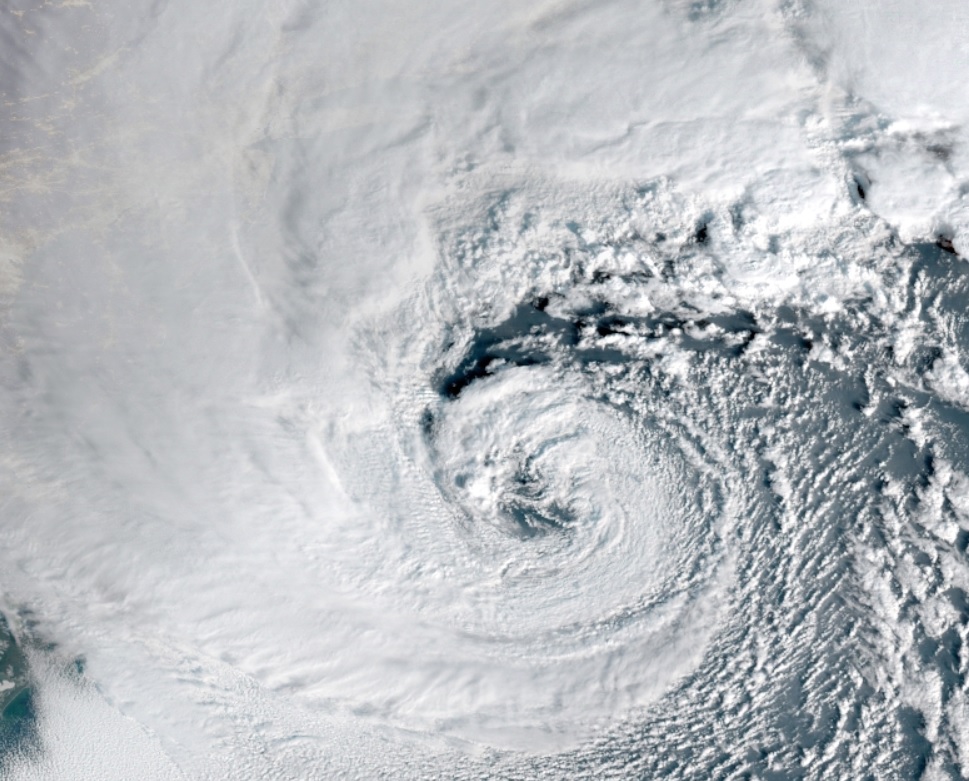 The second Nor'easter in a week has dumped more than 2ft of snow in some places as it continues to dump wet, heavy snow on New England on Thursday.
The late-winter storm left more than 800,000 customers without power in the Northeast — counting some who have been without electricity since last Friday's destructive nor'easter.
Montville, New Jersey, got more than 26 inches from Wednesday's nor'easter. North Adams, Massachusetts, registered 24 inches, and Sloatsburg, New York, got 26 inches.
Thousands of flights across the region were cancelled according to the Boston Herald.
A foot (30 cm) of snow and fierce wind gusts of up to 55 miles per hour (88 km/h) were expected from eastern New York through northern Maine on Thursday after the storm slammed the region on Wednesday, the National Weather Service said in several watches and warnings.
Reuters reported up to 2 feet of snow accumulation was expected in some inland parts of New Jersey, New York, Connecticut and Massachusetts and 18 inches was possible in Maine.
According to AccuWeather.com cold air will persist and contribute to wintry hazards ranging from hypothermia risk to black ice and more snow in the northeastern United States into this weekend.
The circulation around the departing nor'easter will pull cold air across the Great Lakes and into New England and the mid-Atlantic region.
Cold air will be relentless for those without power
For the hundreds of thousands of households still without power in the wake of the recent storm, nighttime temperatures are forecast to dip to shivering levels in the teens and 20s F.
People with no source of heat should seek assistance. Consider sheltering with friends, relatives or hotels where heat is available.
AccuWeather RealFeel® Temperatures may be as much as 20 degrees lower than the actual temperature.