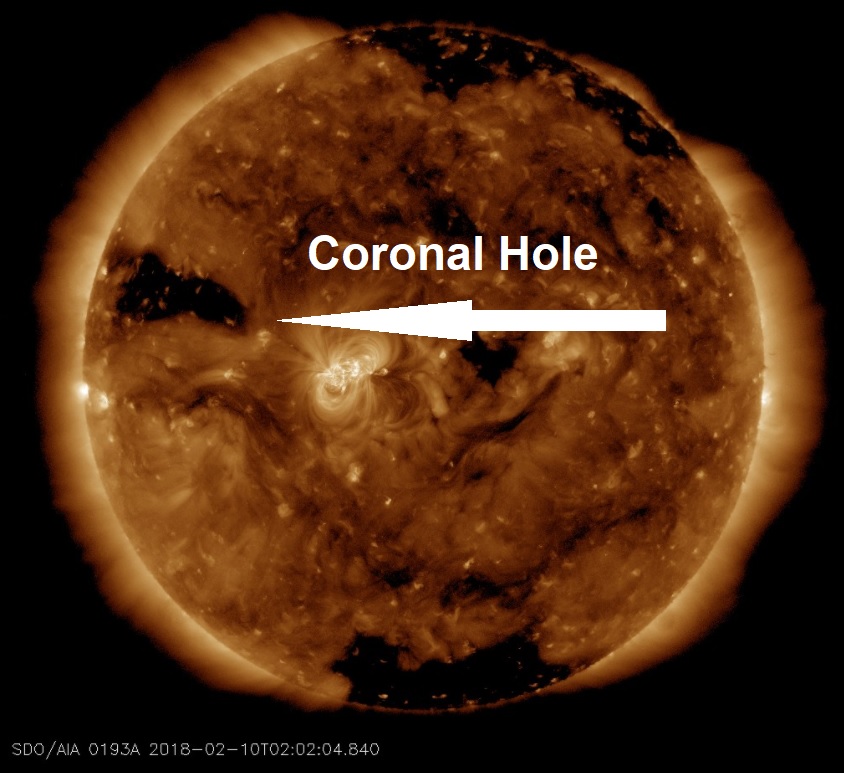 Credit SDO
Another massive coronal hole is emerging over the sun's eastern limb.
Solar wind flowing from the gap is expected to reach Earth on Feb. 15-16, according to Spaceweather.com.
With 15 major quakes from 16 occurring this year during coronal hole activity on our Sun and 13 of them along The Pacific Ring Of Fire and a similar amount of rumbling volcanoes, the coming days will most probably bring some fireworks, I would wager a major quake or two is a certainty.
Threatening sunspot AR2699 which doubled its size to more than 100,000 km across yesterday and is directly facing Earth this weekend has stalled during the past 24 hours, prompting NOAA forecasters to downgrade the chance of a strong M-class solar flare to only 15%
Apart from an isolated M-class flare in October 2017, and four X-class flares in September 2017 our Sun has gone into a slumber.
On the 27th of June, 2017, NASA announced a new Solar Minimum.
Every 11 years sunspots fade away, this event is called a Solar Minimum and this is happening now with 2019, 2020, expected to be the quietest period, so Sunspot AR2699 is an exciting prospect.
However, with coronal holes coming thick and fast the Sun is anything but boring!