"Significant casualties and damage likely and the disaster is potentially widespread." As many as 68.3 million people across the region felt the mag 7.3 on the Iraq Iran border 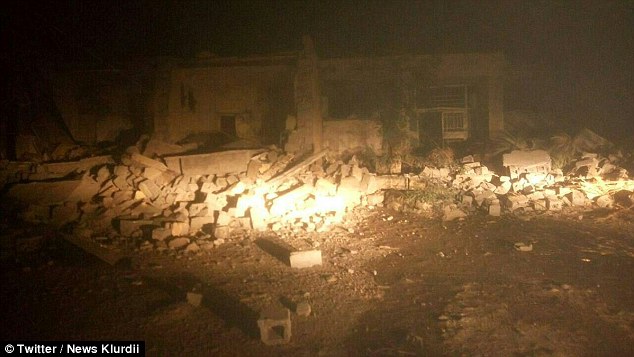 Six people have died and many many more injured after a magnitude 7.3 earthquake hit the south-east of Iraqi city of As- Sulaymaniyah.
The earthquake hit at 9:18pm local time at a depth of 33 kilometres, 200km north east of Baghdad. Faramarz Akbari, Ghasr-e Shirin's governor, said that six people had died and scores more injured, according to the state-run IRNA news agency.
Esmail Najar, head of Iran's National Disaster Management Organization, said "some injured people might be buried under the rubble in Ghasr-e Shirin".
The earthquake has been felt by Turkey, Kuwait and the United Arab Emirates, according to reports. It initially said the quake was of a magnitude 7.2, before revising it to 7.3, AAP reports.
BNO news reports that, according to computer models from the United States Geological Survey, as many as 68.3 million people across the region may have felt Sunday's earthquake, including 2.9 million people who may have experienced "strong" to "very strong" shaking.
"Overall, the population in this region resides in structures that are highly vulnerable to earthquake shaking, though some resistant structures exist," the USGS said in an assessment.
"Significant casualties and damage are likely and the disaster is potentially widespread."
One person on Twitter has described building "violently shaking."
Pictures and video shared on social media show people seeking safety in Sulaymaniyah as well of damaged buildings.
An Iraqi meteorology official said capital Baghdad was hit by an earthquake of approximately 6.5, but it was unclear if they were referencing the same quake.