A mag 7.3 one of the biggest quakes of the year strikes the Iraq Iran border in an area where 5 of Iran's key nuclear sites are positioned 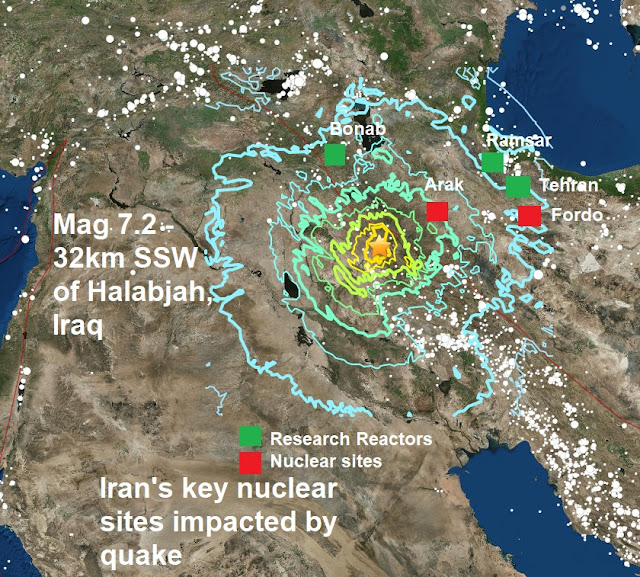 One of the biggest quakes of the year, a mag 7.3 has struck - 32km SSW of Halabjah, on the Iraq, Iran border impacting some of Iran's key nuclear sites and millions of people living in the area.
Three research reactors and two nuclear sites are in the USGS shake area, see map above.
It is not known if any damage has been reported at this time, the sites include,
Arak - Heavy water reactor and production plant.
The existence of a heavy-water facility near the town of Arak first emerged with the publication of satellite images by the US-based Institute for Science and International Security in December 2002. Spent fuel from a heavy-water reactor contains plutonium suitable for a nuclear bomb.
The quake comes during much tension in Iran with the U.S. over their nuclear deal and a possible war developing between Iran and the Saudis.