Never before have so many Jubarte whales died on Brazilian beaches this year: 103 strandings across the country in 2017 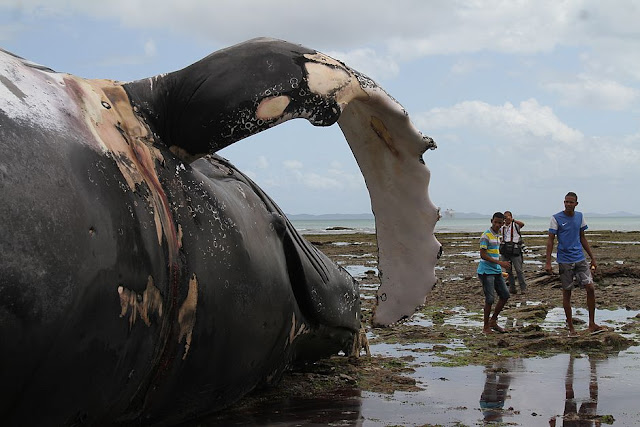 Murilo Gitel, special for the CORREIO Sustainability
Why have so many whales stranded in Brazil in 2017?
Whale Institute Jubarte explains that the increase of the population of the species generates more deaths by natural causes, but the influence of human action is also an ongoing factor.
The Jubarte whale season on the Brazilian coast - between July and October - is coming to an end this year with a sad record: never before have so many animals of this species died stranded on Brazilian beaches this year.
There were 103 strandings across the country - 41 in Bahia alone - and a disturbing question: what is behind this number?

According to Milton Marcondes, research coordinator of the Baleia Jubarte Project, which is dedicated to the study of these animals, the deaths are associated with the increase of the population of the species.
"More live whales mean, necessarily, more whales killed by natural causes," he says.
However, he adds, human action cannot be ruled out, since many of the beached whales were injured by nets of fishermen.

As researchers search for explanations, the deaths of sea giants continue to shock the human population.
"We have never seen anything like this before.
It is unfortunate," said fisherman Alberto Santos, 54, when he encountered a whale stranded on Ondina beach in Salvador on September 1.