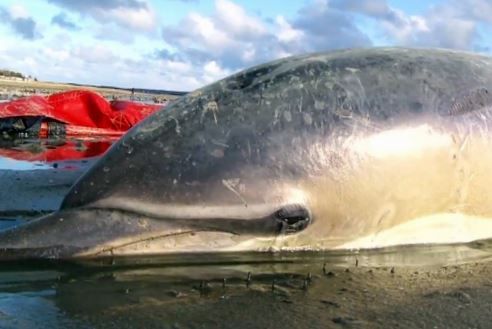 Photo treehugger.com
Two dolphins have died and a dozen more have been rescued after they became stranded on Cape Cod.
Marine mammal experts say there have been an unusually high number of such incidents this season. The animals were found washed ashore in Wellfleet on Wednesday.
The surviving dolphins were loaded into trailers and driven to Provincetown, where they were released.
International Fund for Animal Welfare spokeswoman Kerry Branon tells the Cape Cod Times that this year has been particularly bad for marine mammal strandings.
The group has responded to 113 stranded whales and dolphins.