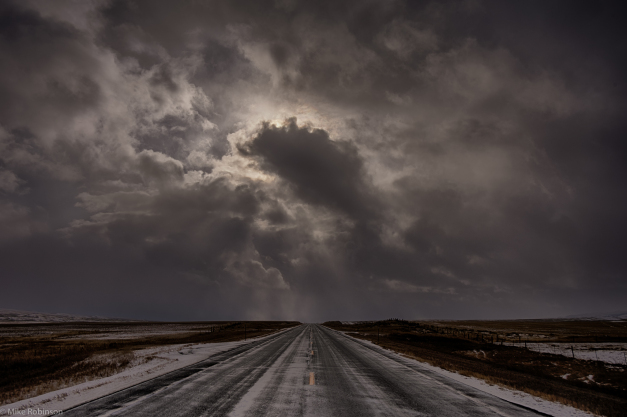 Photo tau0.wordpress.com
A winter storm dropped heavy, wet snow in north-central Montana, closing roads and schools and downing power lines.
The National Weather Service in Great Falls reports the storm dumped 2 1/2 feet of snow in the Bears Paw Mountains south of Havre and east of the Rocky Boy's Reservation. Meteorologist Paul Nutter said snow drifts were up to 6 feet deep.
Hill County officials say the city of Havre received about 15 inches of snow.
The heavy wet snow and wind knocked down trees and power lines.
NorthWestern Energy reported about 7,000 customers were without power from Havre east to Dodson. Another 2,700 customers of electric cooperatives were also without power, according to the Montana Electric Cooperatives Association.
Crews were working to repair damaged transmission and distribution lines, said Butch Larcombe, spokesman for NorthWestern Energy.
Classes were cancelled Tuesday at Havre Public Schools and at Montana State University-Northern in Havre along with schools in Harlem, Chinook, Box Elder and Rocky Boy.
Classes were not held at Stone Child College on the Rocky Boy's Indian Reservation.
Reservation roads were closed Tuesday morning due to poor driving conditions, while Havre residents were urged not to travel around town due to downed power lines.
The Havre Daily News did not publish a newspaper on Tuesday.
The Hi-Line towns of Hingham and Chester also reported a foot of snow. The Department of Transportation says power lines were down or hanging low across U.S. Highway 2 near Harlem and Dodson.
Semis slid off the road in the area, the department reported.
according to AccuWeather.com early Tuesday, the National Weather Service (NWS) in Great Falls, Montana, reported a monthly snowfall record for October of 14.8 inches in Havre, Montana.
The NWS said if verified, it would surpass the previous record for October of 8.6 inches on Oct. 4, 1914.
That total had reached 15 inches by 10:24 a.m. local time Tuesday.
Widespread tree damage was reported in Havre Tuesday morning and emergency travel only was being recommended according to a trained spotter.
NorthWestern Energy reported around 7,000 customers without power in the Havre area as of Tuesday morning.