The Crusade of Tony Blair and the inverted Crusade of Angela Merkel will be responsible for an Islamic, Sharia law run Europe but only after a brutal bloody struggle 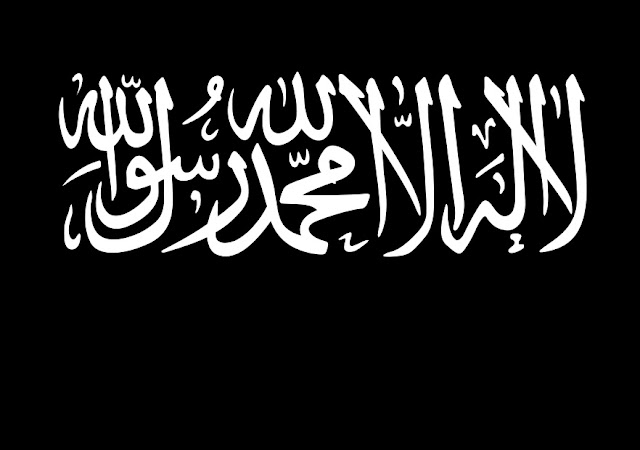 Wikipedia ISIS FLAG
As Europe is suffering horrific and unprecedented terror attacks with innocent men, women and children being brutally slaughtered almost daily on our streets on a level not seen since the second world war, we look back to see if there was a trip switch which flipped open Pandora's box, releasing all the evils of this world and the spirit world, bringing demonic madness onto our streets as Europe now faces a future bloodbath of slaughter and terror which will eventually bring it to its knees!
Tony Blair
The war in Iraq was not a blunder or a mistake, it was a lie and a crime manufactured by Tony Blair who is responsible for the death of hundreds of thousands of lives among them nearly 200 British soldiers and millions more who were injured, traumatised or displaced and caused a shock wave which changed the world forever.
According to the Chilcot enquiry into the war in Iraq, the war was not a war of last resort but a war of choice.
And indeed, as Chilcot revealed, Blair had told George W Bush, who was looking for support for his plan to take down the Saddam Hussein regime in July 2002: “I will be with you, whatever.”
Mr Blair also lied to the British people when he told parliament that Saddam was a threat to security in the Middle East because he still had chemical and biological weapons which could be launched at 45 minutes’ notice, in fact, Tony Blair was told ‘days before the invasion’ all WMD had been dismantled.
He lied to us about Iraq and he lied about immigration.
The controversial Prime Minister cynically dismantled UK border controls so that two million migrants could settle in the country - and vote for him in future elections.
He is now claiming Britain must get tough on immigration, phfff!
Angela Merkel
Nearly 8 million Muslims are now living in Germany and many more millions are living in the rest of Europe after the German leader's policy of open borders for Syrian refugees; if only 1% of the 8 million refugees living in Germany are ISIS sympathisers or soldiers or sleeper cells, well 80,000 are laying low and waiting for a chance in Merkel's backyard alone.
A new poll shows almost two-thirds of Germans think Islam does not "belong" in their country and who can blame them after the terrorist attacks, murder, child sexual attacks and rape from Muslim men who have been recently allowed into Germany.
Similar attacks are happening in every other country in the EU and then the terror attacks...
Other European leaders
Young children are being butchered on the streets of the United Kingdom by demon-possessed entities who are nearly all known to the government and police.
After the terrorist attacks in the last 5 months in the U.K., all the killers were on the police radar but incredibly still allowed to go on and murder innocent people.
It raises questions about the security services' especially as the British government has claimed an estimated 23,000 people in Britain are considered a potential terror threat.
And why oh why if 23,000 are a potential terror threat how can the government allow them to wander the streets of Britain, why are they NOT rounded up and deported or jailed, is it not an offence to be a jihadi?
It was confirmed that London Bridge massacre mastermind Khuram Butt, 27, had been investigated two years ago but was considered a lower risk threat.
Last month MI5 also launched urgent probes into why it missed the danger posed by the Manchester bomber Salman Abedi, 22.
It came amid claims that the authorities were repeatedly told that Abedi was a danger to the public.
Teachers and religious figures in Manchester who knew the killer raised concerns about his extremist views on numerous occasions over several years.
British authorities were warned about one of the men behind the London Bridge attack - a 22-year-old Italian-Moroccan - who declared 'I am going to be a terrorist' as he tried to travel to Syria from Italy.
It has also emerged that Youssef Zaghba, called his Italian mother in Bologna, Italy to say goodbye two days before ramming a van into innocent civilians in the capital.
The very people who are supposed to protect us are once again letting us down.
If 23,000 Jihadis are in the U.K. it would be safe to assume the same amount will be in France, Germany, Italy, Holland, Belgium, Sweden, Norway and Spain, all allowed into our countries by the very people who are supposed to represent their own citizens.
Angela Merkel and the rest of the bleeding hearts who allowed this to happen should be held responsible, they were warned this would happen but chose to ignore the threat for compassion to the refugees.
The aim of Islam is to turn the west into a caliphate.
A caliphate is an Islamic state. It's led by a caliph, who is a political and religious leader who is a successor (caliph) to the Islamic prophet Muhammad.
His power and authority would absolute.
Caliphates operate under Sharia law.
Women are discouraged to leave the home unless necessary and they must be accompanied and fully covered.
Amputations are the punishment for stealing.
In a Caliphate, non-Muslims would have no say whatsoever while Muslim men would be exempt from punishment, allowing them to rape and murder as they please.

Europe will one day be overrun by Islam, the toothpaste is out of the tube and it can’t be put back.