Carbon monoxide and heat is the new killer in Florida as millions are still without power and more than a 100,000 still in shelters 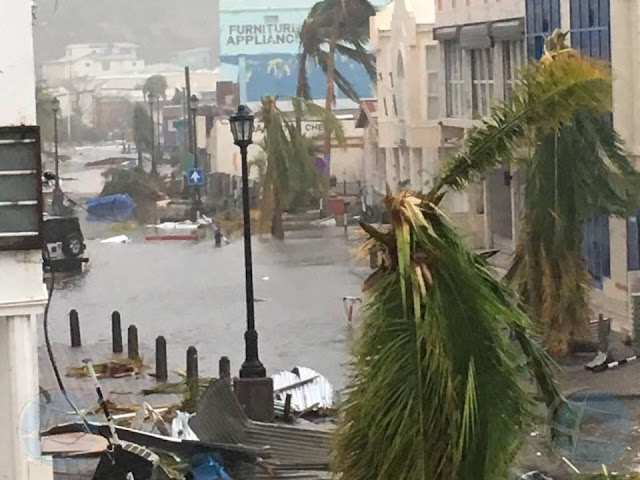 Photo infoforyour.com
More than 100 people were evacuated from a Florida nursing home Wednesday after five people were reported dead at the Hollywood facility, whose residents were suffering from intense heat caused by a lack of electricity after deadly Hurricane Irma swept through.
Irma may have moved on from Florida, but lingering dangers caused by the storm, including carbon monoxide poisoning and heat-related incidents caused by a lack of air conditioning, remain in the Sunshine State, as millions wait for power to be restored.
Broward County Mayor Barbara Sharief confirmed five people died, but it wasn't immediately clear if the deaths were related to heat.
Temperatures in Hollywood were expected to be around 86 degrees on Wednesday -- but feel about 10 degrees warmer.
Three deaths occurred at the nursing home, and two deaths took place during transport to a nearby hospital, Sharief said.
Meanwhile, in Central Florida, three people were found dead inside an Orlando home Tuesday from apparent carbon monoxide poisoning, officials said.
Orange County Sheriff's Office spokesman Jeff Williams told The Associated Press a deputy responded to the home following a 911 call from what sounded like a juvenile.
The deputy was overcome by fumes while approaching the home and called for fire rescue. Firefighters discovered two people dead inside the house, FOX35 Orlando reported.
Another person, who tried to get out of the home, was found dead on the front lawn, while four others from inside the home were taken to a nearby hospital.
Rescue workers found a portable gasoline generator running inside the home.
Further north in Daytona Beach, police said one person died and three others were being treated at a hospital Wednesday for carbon monoxide poisoning from an electric generator.
The Daytona Beach Fire Department said on Twitter a generator had been running inside the home.
A neighbour told FOX35 Orlando generators were not allowed in the community, and officials across Florida are warning people to keep generators outside homes.
Carbon monoxide from a generator is also suspected in the death of a man in Miami, while authorities say another dozen people were treated for carbon monoxide-related illnesses on Tuesday in Polk and Brevard counties.
One Miami-area apartment building was evacuated Tuesday after authorities determined a lack of power made it unsafe for elderly tenants, while officers arrived at another retirement community to help people stranded on upper floors who didn't have access to working elevators.
Elsewhere, a South Florida townhouse that weathered the storm was gutted by fire when power was restored, which caused the stove to ignite items left on the cooktop.
The number of deaths blamed on Irma in Florida climbed to 13 with the carbon monoxide deaths, in addition to four in South Carolina and two in Georgia.
At least 37 people were killed in the Caribbean.
"We've got a lot of work to do, but everybody's going to come together," Florida Gov. Rick Scott said.
"We're going to get this state rebuilt."
The number of people without electricity in the steamy late-summer heat dropped to 9.5 million - just under half of Florida's population.
Utility officials warned it could take 10 days or more for power to be fully restored.
About 110,000 people remained in shelters across the state.