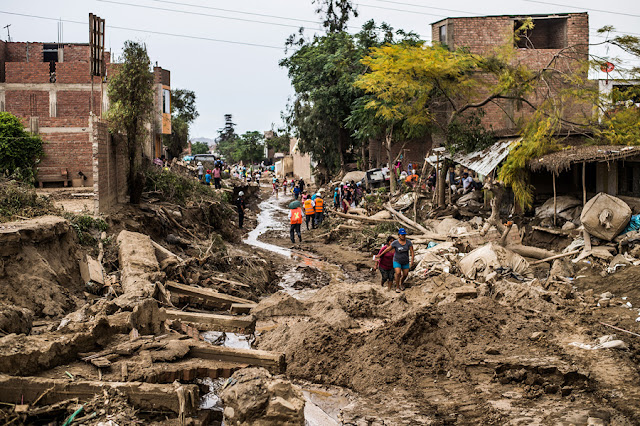 Photo theatlantic.com
At least 20 people have reportedly lost their lives and more than 50 have gone missing due to the floods and landslide triggered by incessant rainfall from past 24 hours in various parts of Nepal.
A total of six people died due to water borne disaster in the low lying district of Sunsari where 50 people are still missing, local media reported.
Four people lost their lives in the Banke district after the torrential rain flooded into the residential areas.
The local police in the area informed that three children lost their lives after their house collapsed. The identity of persons found submerged in water is yet to be known.
In the hilly regions of Nepal, 10 people have lost their lives after the landslide collapsed their houses. Four people have died in the Panchthar district of Nepal after their house was buried by the landslide last night.
Another four people have died in similar incident in Sidnhuli district of Nepal where a house was buried by the land mass from the part of a hill.
The incessant rainfall with the active monsoon over the various parts of Nepal has created havoc in the country throwing the lives of the people out of gear.
The Government of Nepal has issued warning with prediction of more rainfall in the coming days urging precautious measures.
"There is high chance of heavy downpour in East to the Mid- Terai- Chure areas of Terai.
The weather over other areas in Nepal will keep on changing.
Let's be more precautious," the Department of Hydrology and Meteorology (DHM) tweeted Saturday morning.
The department has also requested the people residing in the low lying southern plains of Nepal as well as residents near the river to get to the higher grounds claiming the condition might last for some more days.
Many of the villages in the southern plains of Nepal have been daunted by floods, compelling more than 2, 000 people to move to other places.